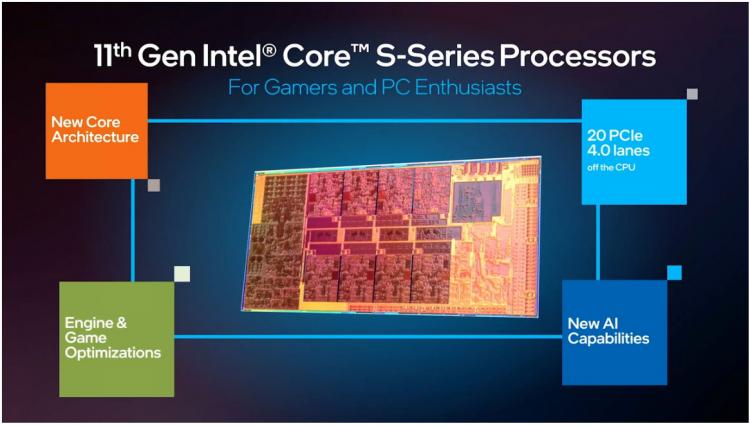 Intel unveiled their Rocket Lake-S range of desktop CPUs at CES last week, but were silent on some pretty elementary details including the range of SKUs, pricing and official launch date. Nonetheless the industry as a whole continues to be as leaky as a sieve; case in point: a Dutch IT component retailer has posted a full list of 11th Gen Core 'Rocket Lake-S' CPUs and their preliminary pricing, much to Intel's chagrin no doubt.

TechPowerUp grabbed the price listings before they were taken down and they make for interesting reading.

A step below these chips are the Core i7-11700K-series. These unlocked chips, which one imagines will be the bread and butter of Intel-powered high end gaming systems, start at 353 ($427) and are 11-14% more expensive than their 10th generation counterpart. 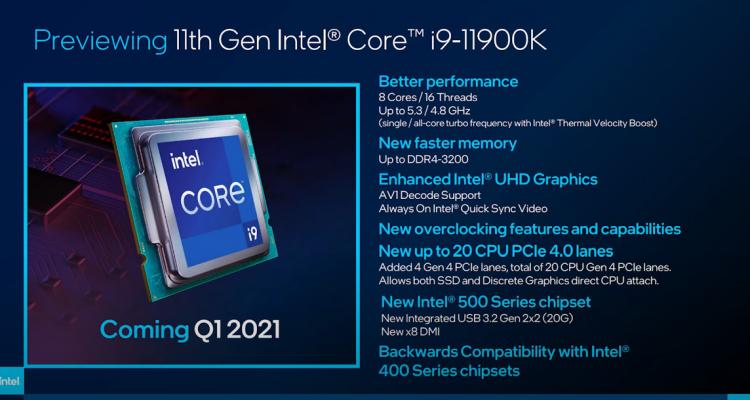 Intel are clearly depending on their much-publicised 'up to 19%' IPC increase to justify the higher prices, and are also taking advantage of AMD's own price hike as they transitioned to the Ryzen 5000-series. Intel's i7-11700K will be going head-to-head with the Ryzen 7 5800X, and the number on the ticket is clearly a reflection of that match-up.

Full comparative pricing is listed at the TPU article. Note that this is preliminary and subject to change even before you consider the impact of the stock shortages that have plagued PC components in recent times.