👤by Hannah Mitchelson  Comments 📅25.04.2017 15:52:17
Arkane Studios has a way of making games with exquisite level design that offers more than just one solution to any given problem. They displayed a talent for this years ago in Arx Fatalis, but it wasn't until Dishonored that they received the wider recognition. Recognition, let's add, that now lets them develop a sort-of-not-really-it's-complicated rebootreimagining Prey. Let's take a look at what this 'Prey' thing is.

Prey as a title first saw the light of day way back in 2006, as a game that got (finally) published after spending a good decade in development. It was supposed to receive a sequel, but it got canned when it was well under development. The trailer was interesting, but, alas, the game itself was not to be.


Bethesda, who had the rights to the title at the time, had apparently little intention to keep this particular franchise alive, but wanted to keep the title. Which is the part where Arkane Studios comes in, saves the day, and gives us another potentially brilliant game.

Can Yu discover what's going on?

The protagonist of Prey is Morgan Yu, a scientist whose sex can be selected by the player, since it's a slightly ambiguous name. You start the game in your apartment, kept in a state of casual messiness, and you head out to participate in some tests, because your brother asks you to. So far, so good.
What follows, however, is another story entirely. Although trailers have spoiled most of it already, we will refrain from spoiling much, except two things: it's near future and there are aliens involved. Since Prey's narrative is going to be tightly wove,n with twists and turns manufactured for your playing pleasure, it would do the game, and you, a disservice to talk too much about what's been shown so far. Oh, by the way: the story is co-written by Chris Avellone, of Planescape: Torment and Fallout 2 fame. So that's cool, and very, very promising.

The tools of the trade

It wouldn't be an Arkane game, if you didn't get a selection of gadgets and abilities letting you approach problems creatively. One of them is the GLOO cannon, Prey's gimmick gun that may just be the new Gravity or Portal gun.


GLOO cannon shoots blobs of quick-hardening foam, which is much more handy than it may seem at the first glance. With it you can temporarily freeze your enemies in place, build your own ramps and staircases, douse flames, block electricity... It is sure to come in handy more often than you may assume at the moment.
Similarly the nerf crossbow (yes) is more than just a joke-weapon. It's perfect for pressing switches you can't access, for instance, or distracting enemies while you sneak by. It is safe to assume that no weapon or gadget you get is going to be useless, it will just take some creativity to use it to its full potential.

I have the power!

But of course GLOO and nerf guns aren't going to be the topic of conversation. It's the powers Yu can get after scanning enough aliens. The one that's likely going to be very famous is Mimic. It allows you to replicate the abilities of the Mimic subspecies of the aliens and turn into objects in your surroundings. You can turn into a cup, no problem. Or a microscope. It's going to be useful not only to make funny Youtube videos, but also to overcome some obstacles or hide from enemies.

Unlike Dishonored, Prey isn't going to give you a hub and several discrete levels designed strictly for the missions. Yu will be able to travel freely through the locations, exploring, gathering crafting materials, and accessing areas you previously couldn't because you didn't have the tools or the skills. It sounds a little bit like what we saw in Batman: Arkham Asylum in terms of the world structure.

Interestingly, Prey's story will not be exactly linear. The game is said to have multiple endings, for one. Also your progression choices will matter: are you going to stick with purely human skills like engineering or hacking, or will you mix in some alien DNA? If you take too many alien powers, your overall genetic structure will be affected and various remaining security measures will stop identifying you as human. There will also often be some kind of moral (or immoral) choice to make.

Prey is shaping up to be an intriguing game with many compelling gameplay mechanics. Arkane Studios has yet to launch a dud, and everything shown of Prey thus far makes it clear their winning streak isn't going to stop now.
A very high replayability potential, interesting powers, multiple solutions to any given problem. Prey may well turn out to be the next best thing Arkane Studios has ever produced, and everyone that played the game agrees that it's a very strong entry, even considering several high-profile and high-quality releases 2017 has brought already. 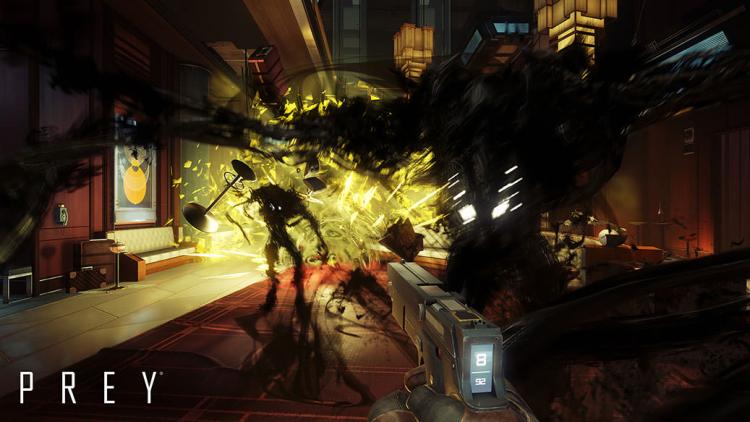 Source: prey.bethesda.net
Prey launches on May 5 this year, giving us all still some time to decide whether or not to buy a preorder.
Are you going to help Yu survive and figure out what is going on?