"I have always wanted a hard top pad with the perfect glide and big enough so I would never have to drag the mouse outside the edges in an important game. That was the two most important things when making my very own HeatoN pad. With the best glide ever on a hard top together with the durability so the glide won't change every week. I would have to say that we have developed the perfect plastic pad that will never interfere with your game and make sure you are always on the top of your game." Says Emil "HeatoN" Christensen

The biggest hard top gaming mouse pad in the world
The pad itself has a dimension of incredible 43.5x36.5x0.35cm (17.12x14.37inch) which makes it almost impossible to slide of the edge. Previously you have only found such large pads made out of traditional cloth, but are now also available for all hard top fans out there. The surface is constructed in a 3 layer construction. Starting with a high quality cross weave rubber to make it stable on the table. The second layer is an abs plastic sheet to give it stability and weight. The third layer is made from an extremely durable carbytek plastic that offers a very good glide in combination with unique micro precision. The combination of a spongy 2mm rubber base with an abs board in between and the hard top surface gives it a new feeling never felt before. The weight of almost a half kilogram makes it very stable and firm on the table.

"I am very proud to work with HeatoN he has so much to give from his experience as a professional gamer. Together with Heaton we have created the prefect pad, the biggest hard top surface in the world, a product that meets the demands of a pro gamer. This is not just a product with a HeatoN brand this is a product developed exactly in the way HeatoN wanted it." Says Christer Körnbäck, President and founder of QPAD 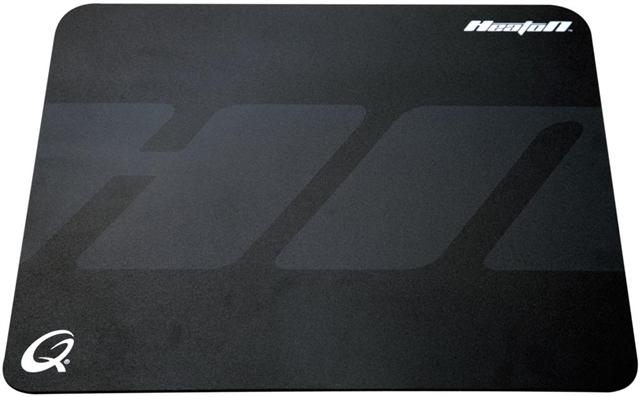 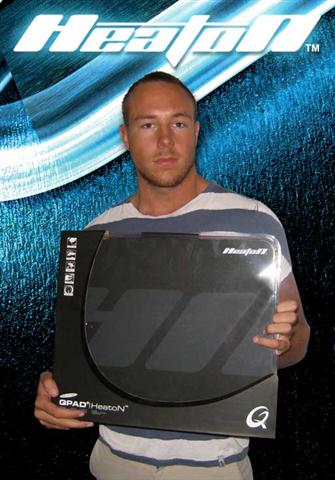