Although sharing some common features, the boards still differ greatly. One offers world's first groundbreaking technology with no expenses spared, and the other attempts a break at the so sought after Best bang for the buck award.

QPAD has made quite a name for themselves over the years, as provider of top of the line gaming gear, targeted at pro gamers and demanding enthusiasts. Their new premium keyboard, the QPAD MK-85 is designed to be the gamers dream. Featuring all the qualities customers expect from any QPAD product, such as superior build quality, unsurpassed durability and a well thought out design and layout, the MK-85 offers one truly unique feature, making it one of a kind in the world of keyboards. 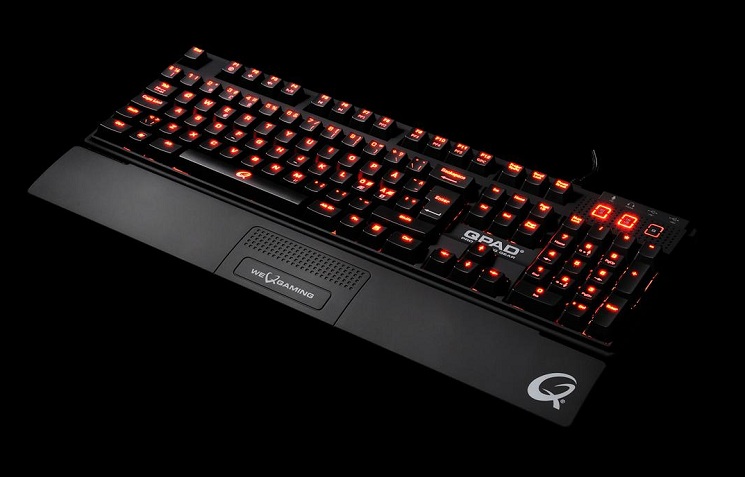 Full N-key roll over with USB!

The QPAD MK-85 is the world's first mechanical keyboard offering full N-key roll over via USB. Since the PS/2 connector is being phased out and several manufacturers of computers and motherboards do not offer this option, many gamers are left with no way of utilizing the benefit of the full roll over feature, because their gaming rig does not support that type of connection. With the MK-85, this will not be a problem. No more need for dual cables or a PS/2 to USB adapter. The groundbreaking technology of the MK-85 allows all the functionality of the board, such as USB hub, the red back light and the full N-key roll over, through the use of just one single USB cable.

The red back light of the MK-85 is produced through individual LED:s for every key. The MK-85 also comes with programmable keys, audio connectors, and exclusive software for setting up gaming profiles. In short: Anything a serious gamer would ever want, is to be found in the MK-85.

The other board of the family might not, like its bigger brother, sport world's first, cutting edge technology, but breaks new ground in its own right. Never before has quality, feel and precision been so affordable. The MK-50 is essentially a stripped down MK-85. Without the back light, programmable keys or extra audio and USB connectors, the board still offers the same outstanding performance and feel of a top of the line mechanical keyboard, but with an affordable price tag! 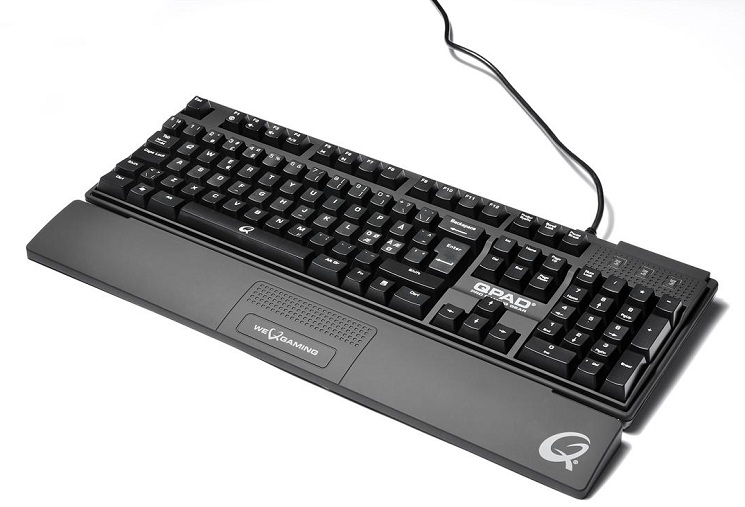 Although old news for existing QPAD customers, some common features of all the QPAD keyboards still deserve to be mentioned, such as key switches built to last 50 million strokes, full N-key roll over, gold plated connectors for ultra low latency, and media keys for easy control of playback, pause, skip track etc.

Following the block busting success with the award winning MK-80, competition in the upper segments of gaming gear increases with the birth of these new members of the QPAD keyboard family. Not only do they offer versatility and choice regarding the gamers' personal preferences of switches, but also broadens the assortment offered by QPAD. For the picky gamer that wants extra everything, the MK-85 is the natural choice. The MK-50 on the other hand, offers supreme build quality and durability, along with unmatched control and feel at a very competitive price.

As an extra treat for the holidays, QPAD also offers a unique opportunity for customers to order a limited supply of any of the company's three boards (MK-50, MK-80 & MK-85) with the Cherry MX switches of their choice, be it blue, black, brown or red. That means you could get your hands on a MK-85 with Cherry MX Blue, or Black switches, if that is your desire.

Check out http://www.qpad.com for more information!

QPAD will present the MK-85 and the MK-50 to fans, gamers, the industry, and the world, for the very first time at the worlds biggest gaming festival: Dreamhack, held in Jönköping, Sweden 24-27 November.