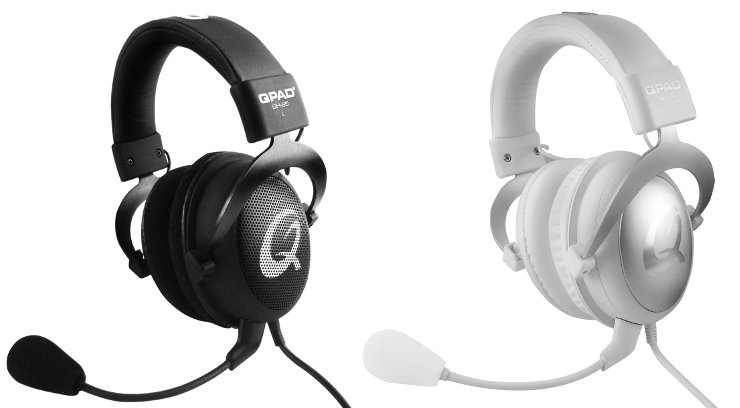 There is nothing quite like the fantastic feeling of immersing yourself deep in to the world of your favorite game. Gaming is an audio-visual experience, and many gamers will even argue that sound actually plays a more important role than the graphics, in creating the magical feeling and ambience of a game. We at QPAD believe this too, and that is why we created two hi-fi capable gaming headsets with premium audio performance and excellent ergonomics.

Many gamers focus so much on the visual part of gaming, they forget all about the sound. It is not uncommon to see people spending thousands of Euro on top-notch computers with all the latest graphics cards, monitors, keyboards, mice and what not, then plugging in a no-name headset, thinking no more of it. In doing so, they are depriving themselves from a huge part of the magic created by game studios and producers. The audial dimension of gaming matters,
and we at QPAD truly believe that a good portion of all audio-depraved gamers out there will be blown away by the gaming experience when using a good pair of headphones, such as the QPAD QH-85 or QH-90.

Even so, sound is not only a question of experiencing a game to it´s full potential. The ability to hear and interact with game audio actually gives you a competitive edge. In many popular titles, skilled players will actively use sound as a means of telling where their enemies are. Sound is often a crucial piece of information when deciding how to act and react in many situations.

Of course, you will need a headset capable of reproducing all nuances and frequencies. The Hi-Fi capability of the new QPAD QH-85 & QH-90 will not only open a world of magical sounds for you, it can also give you an advantage in many games. The QH-85/90 are not just headsets, they are Hi-Fi capable headphones equipped with a premium microphone. The QH-85:s are designed with open cups and will produce a natural sound with clear bass, mids and highs.

The open design allows for some sound leakage from the surrounding environment. The QH-90:s are designed with closed cups, and thus background sound elimination. They produce a somewhat more pronounced bass, and crispy, clear highs, but with slightly softer mids.