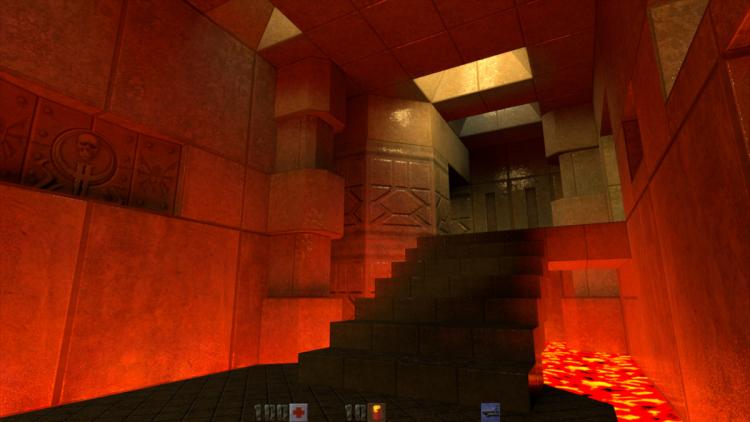 NVIDIA's RTX technology is capable of creating some stunning visual effects in modern games built with the technology at the fore, but showcases for the suite of tools remain few and far between. Very soon however a new arrow will be added to their quiver in the form of a mod for id's classic first-person shooter title Quake II, scheduled for release on June 6th.

Real-time ray-traced illumination has long been a holy grail for game lighting engines, and modified versions of classic or particularly flexible titles have often been a test-bed for experimentation. Indeed it's a point of some pride amongst many veteran game developers that titles they pioneered shipped with expansive mods tools allowing them to become development sandboxes for advanced features and even entire games.

In recent years, prior to the emergence of NVIDIA RTX hardware and software tools, modded Quake II was used as a sandbox to develop a path tracing and ray tracing rendering modes. The results are visible with a simple youtube search, but in the main seemed to encounter two issues: raw performance wasn't adequate on the best hardware of the day for 60fps, and the noise effects were too great to generate an realistic image without ramping up the samples per pixel to an untenable level.

At GDC however it became clear that a new Quake II mod was making startling inroads into real-time dynamic ray-traced lighting including early builds of a playable demo. It utilised the RT cores on NVIDIA's RTX 20-series graphics cards to increase the number of rays per pixel significantly compared to the previous best hardware in the consumer space, the GTX 1080 Ti. The results were startling - much more dynamic lighting throughout, on a game well over 20 years old. 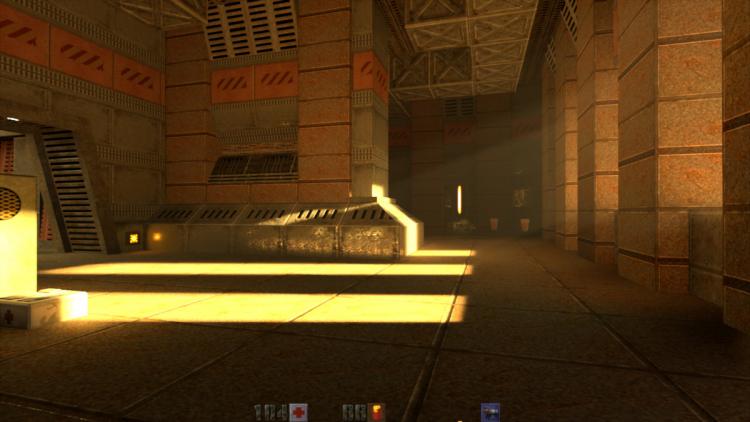 On June 6th the team behind the mod are releasing it into the wild, including posting the source code onto a github repository. NVIDIA RTX GPU owners who want a taste will be able to download the mod alongside the shareware version of the game comprising its first three levels, totally free. Plus, if you're lucky enough to already own the original game, you can play through it entirely with the new rendering modes and high quality textures enabled.

The condensed list of changes in this modification pack are daunting and has been dubbed the most extensive use of NVIDIA ray-tracing technology to date:

- Improved Global Illumination rendering, with three selectable quality presets, including two-bounce GI
- Multiplayer support
- Time of day options that radically change the appearance of some levels
- New weapon models & textures
- New dynamic environments (Stroggos surface, and space)
- Better physically based atmospheric scattering, including settings for Stroggos sky
- Real-time reflectivity of the player and weapon model on water and glass surfaces, and player model shadows, for owners of the complete game (the original Shareware release does not include player models)
- Improved ray tracing denoising technology
- All 3,000+ original game textures have been updated with a mix of Q2XP mod-pack textures and our own enhancements
- Updated effects with new sprites and particle animations
- Dynamic lighting for items such as blinking lights, signs, switches, elevators and moving objects
- Caustics approximation to improve water lighting effects
- High-quality screenshot mode that makes your screenshots look even better
- Support for the old OpenGL renderer, enabling you to switch between RTX ON and RTX OFF
- Cylindrical projection mode for wide-angle field of view on widescreen displays

The new rendering scheme utilises Vulkan and NVIDIA's new VKRay extension, which also means that a Linux variant will be available on June 6th as well.

To keep tabs on development and download the mod when it becomes available visit https://www.nvidia.com/en-gb/geforce/campaigns/quake-II-rtx/. You can buy the original game on Steam here.