"They're Coming" - NVIDIA GeForce Teasing Something New For Laptops? 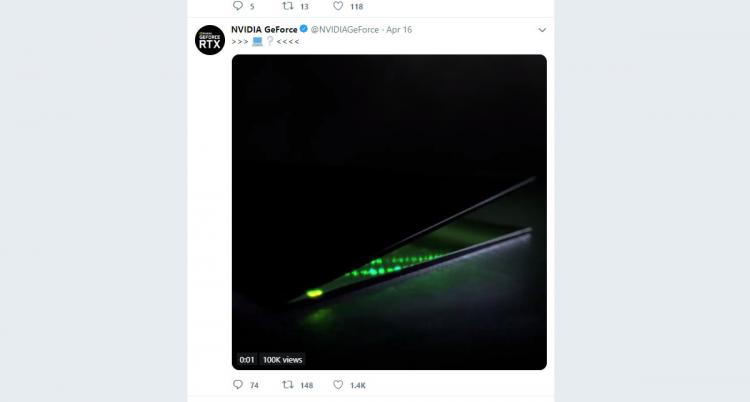 Something curious is going on. NVIDIA GeForce social media accounts have begun teasing... something, but no-one seems quite sure exactly what. We do know that it's not a desktop graphics card, the images quite clearly show it to be a notebook/laptop related. But what we do know are two simple words: "They're Coming".

On Tuesday and yesterday the main NVIDIA GeForce social media accounts published the above alongside a very brief video clip.

The implication is that a new laptop series is being released, but the brief glimpse afforded to the viewer has lead to some pretty wild speculation, including that it could be a design with a double-touch screen interface. Thankfully that was nixed by a new trailer snippet today, showing a slightly more conventional design. 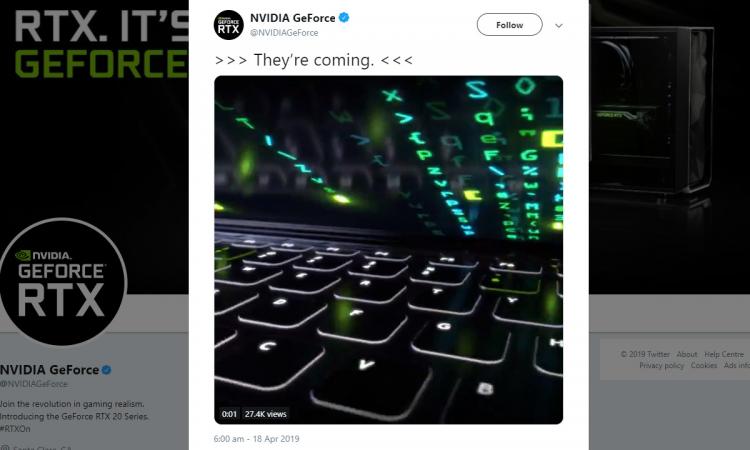 The most noteworthy aspect of the laptop shown is just how thin it is, rivalling (judging simply from the render) the best that Apple has to offer. They're obviously intended to conform to NVIDIA's Max-Q design principles, i.e. being thin, light and quiet while maintaining adequate cooling. But what do these teases mean?

It's possible that NVIDIA are planning their own laptop release. They're certainly no strangers to manufacturing their own consumer hardware - multiple SHIELD devices stand testament to that - but a super-thin laptop seems like a stretch too far.

By the same token laptop models equipped with GeForce RTX 20-series mobile GPUs have already been released. If that's the announcement it seems a trifle late, unless they're unveiling a range of RTX 20-series Max-Q laptops ready-to-ship from major OEMs.

One other potential idea that carries some credence is that the debut of GTX 16-series 'Turing' GPUs on mobile is imminent. Desktop releases have shown these GPUs to be highly power efficient, suiting a razor-thin gaming laptop with distinct cooling challenges. While it wouldn't have the performance of an RTX 20-series GPU, a GTX 1660 Ti laptop that is even thinner and lighter than some MAX-Q designs certainly has plenty of allure to gamers who value mobility.

Teases will no-doubt keep coming, and it's unlikely to be the only major news coming out of Santa Clara over the course of the next week.