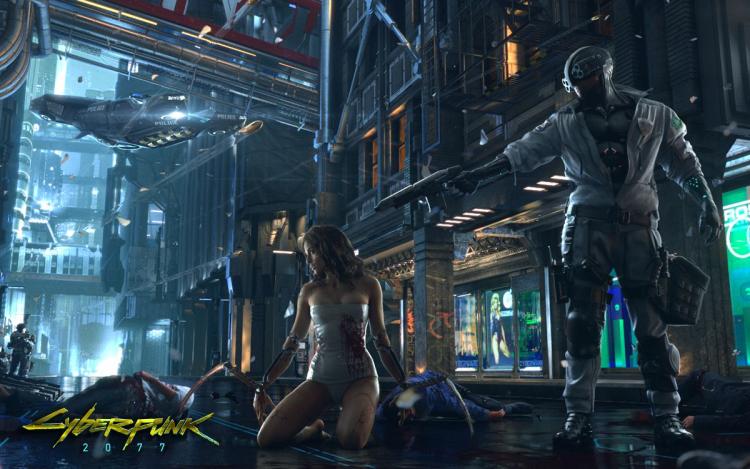 The fallout over the Star Wars: Battlefront II microtransaction system brouhaha continues to be felt across the industry, to greater or lesser degrees. More than ever before consumers are clued into the cost of microtransactions and their inevitable impact on games themselves. Focus is now turning to other games in development, and few are as eagerly awaited as CD Projekt RED's Cyberpunk 2077.

Last year it was reported that the game, which will be CDP's first major new IP since The Witcher, could feature 'seamless multiplayer'; although not much of a concern at the time, amongst some gamers this has now become synonymous with an avenue for more predatory practices. This week eyebrows were again raised in a wide-ranging interview, where CEO Adam Kicinski stated this regarding their business and multiplayer ambitions for Cyberpunk 2077:

"We want to experiment in new fields, such which were not yet explored in The Witcher. I can't say much about Cyberpunk. Although, our ambitions are set really high because that is our style of work. We want to go even higher, and especially seeing how we're having a business chat, we're interested in Cyberpunk being commercially even more significant.

Online is necessary or very recommended if you wish to achieve a long-term success. At some point we have mentioned that there will be a certain online element related to Cyberpunk."


Cue much wailing and gnashing of teeth. CD Projekt are viewed as being one of the fairest publishers when it comes to leveraging microtransactions, so undermining that image (and the goodwill it brings) isn't exactly great for business. However the statement itself is far from an admission, so it's quite possible that too much is being read into it at this early stage in development.

As if to underscore that fact, CD Projekt RED were on Twitter this afternoon attempting to get ahead of the news cycle. The team stated, in response to claims that they were considering developing Cyberpunk 2077 under the 'games as a service' methodology:

"@PrettyBadTweets Worry not. When thinking CP2077, think nothing less than TW3  huge single player, open world, story-driven RPG. No hidden catch, you get what you pay for  no bullshit, just honest gaming like with Wild Hunt. We leave greed to others."

Going back to the original interview, the 'games as service' concept is applied to both GWENT, their Free to Play CCG, and the GOG distribution platform as a whole. So, all's well that ends well...?

At present, there's so little public regarding Cyberpunk 2077 that it's impossible to make a call either way. Certainly, inferring nefarious intent from the English Transcript of a a single interview in Polish is reaching, to put it mildly. However the fact that all the major publishers are making money hand over fist from increasingly unpalatable microtransactions - of which Star Wars: Battlefront II is just the latest example - has to be tempting to emulate for any company.