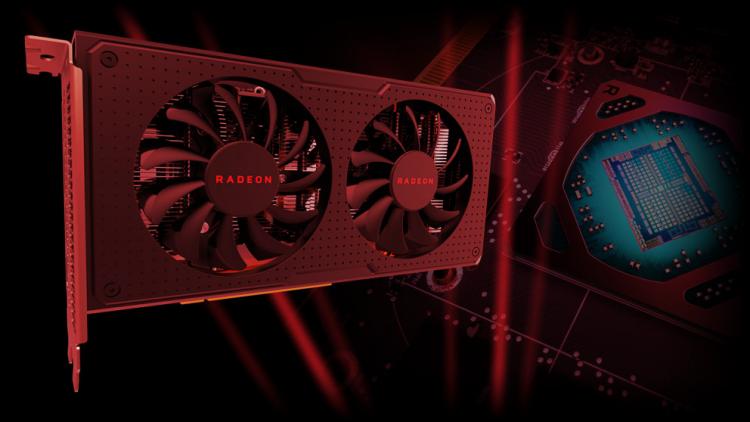 At Computex in June of 2016 AMD Radeon took to the stage to announce the Radeon RX 480, their most advanced graphics processor which utilised the brand new GCN 4 architecture and Polaris 10 GPU. It was billed as the first affordable GPU for premium VR, giving you some idea of the market it was targeting and GPUs that it would seek to rival over its lifespan. It had an MSRP at launch of $239 for the 8GB version.

A little under a year later the RX 500 series was launched, with the RX 580 as the flagship GPU. Not yet supplanted at the top of their product stack by RX Vega-class GPUs, the RX 580 shouldered the burden as their top performing mainstream graphics card. However little had changed; a few optimisations thanks to a newly optimised 14nm LPP process saw a general increase in boost clocks of about 80MHz, but the underlying architecture - including the number of stream processors - remained unchanged despite advancing its naming scheme to Polaris 20. The TDP was also bumped up to 185W from 150W.

At launch, the RX 580 8GB had an MSRP of $229, however a cryptocurrency mining boom meant that the prices didn't normalised to that level in the window immediately after launch. Only recently have new RX 580's been available near to MSRP.

It's now November of 2018 and AMD, in what's probably the worst-kept secret in the industry this year, have refreshed Polaris for a second time as the Radeon RX 590. Sporting the Polaris 30 GPU manufactured with TSMC's 12nm process, it incorporates exactly the same number of stream processors (2304) as the RX 480 and 580 before it. Reference memory speeds are also unchanged at 8Gbps, although a few 3rd party partners are including VRAM which is of markedly higher specifications. Indeed the chief change is yet another boost frequency jump, this time to 1545 from 1340; around 200MHz, or ~15%. Optimistically you might expect ~10% better performance on average.

The cost for that is two-fold. The most obvious is price: Radeon RX 590's are only available as partner cards, and priced from $279 (SEP). The second is TDP. To crank up the stable frequencies that far AMD have to pump more voltage through the GPU, and that means higher power draw despite a new 12nm process (which itself is an optimisation of RX480's original 14nm node). The RX 590 is rated at 225W, another 40W premium over the RX 580. To put that in context, it draws approximately the same amount of power as the GTX 1080 Ti, for significantly less performance.

"But surely," you ask "does TDP matter that much?" Perhaps not, unless that is you need to purchase a higher specced PSU to accommodate it safely, plus improved GPU cooling and case air flow. Worrying for a mainstream GPU, especially when you consider the competition (or indeed AMD's own RX Vega 56, which is available for just £299 in the UK right now).

A definite positive however is the bundled games. Purchasing an RX 590 from participating retailers nets you three of 2019's most anticipated games: Resident Evil 2, Devil May Cry 5 and Tom Clancys The Division 2. However you want to shake it, that's probably more than £100 of value if you sought to play them all, although you will need wait a while. It's also worth noting that the Raise the Game Fully Loaded bundle is available on all RX Vega GPU sales as well, or you can get two of the three games with a new RX 570 or 580.

So that's the RX 590: an optimised RX 480 that will compete on price/performance if sold near MSRP, but doesn't advance AMD's technological portfolio, has more taxing power and thermal requirements, and may struggle to make a compelling case against their own ageing lineup. Thank goodness the GTX 1070's price hasn't budged any, despite the expensive GeForce RTX launch recently.

For more information on the AMD Radeon RX 590 visit the product page. Rather than available as a reference design, the launch lineup will be comprised of a plethora of partner models with proprietary cooling solutions similar to those of the RX 580 on sale today.

There are currently 923 user(s) online:
Google