Rage 2 System Requirements Released Ahead Of May 14 Launch 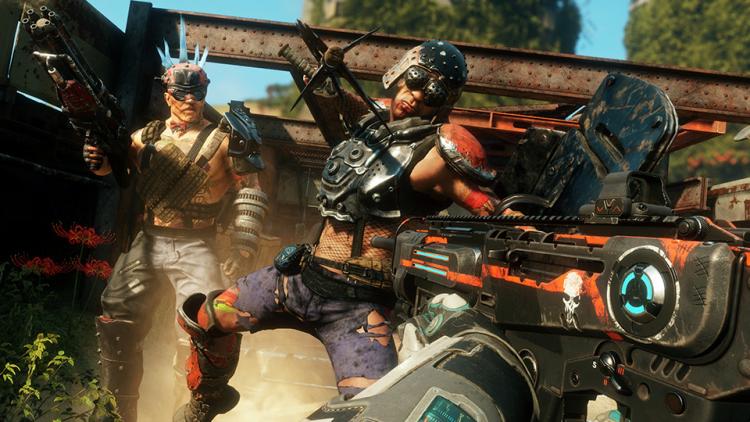 RAGE 2 - the upcoming first-person shooter developed by Avalanche Studios/id Software and published by Bethesda - has gone Gold and will be released on May 14th on PC. As is customary both minimum and recommended PC system specifications have been revealed beforehand. So if you're making upgrade plans based on this franchise sequel, or just looking forward to playing the game on release, you'll want to take heed of this information.

We've recently been spoiled by the detailed system recommendation charts a minority of triple-A titles have released (such as this glorious example from Ubisoft for Starlink) and so it's disappointing to report that RAGE 2's is pretty barebones. Bethesda haven't even explicitly stated the expected image quality and resolution settings for these recommendations, nor the target frames per second. It's generally safe to assume however that 'minimum requirements' are effectively for 720p 30fps gameplay at Low image quality, while 'recommended specs' meet the needs of 1080p60 gaming at High image quality presets.

The minimum specifications are nothing to write home about, effectively encompassing the majority of gaming PCs assembled in the last four years. The CPU requirement in particular is lenient, effectively indicating that most quad-core CPUs from Intel Ivybridge (~6 years old) or AMD Zen (~2 years) should be up to the task. By the same token neither GPU requirement is particularly onerous, instead sitting comfortably in the mid-range as it stood in 2015.

As you might expect for a title co-developed by id Software, recommended specifications are considerably higher to reflect their scalable engine technology and also a step further than most software released in the last year. Recently a GTX 1060 or Radeon RX 580 have been the go-to hardware for 1080p60 gameplay, but now the considerably more powerful GTX 1070 or Radeon Vega 56 are suggested. Of recently released GPUs this is be roughly equivalent to NVIDIA's GTX 1660 Ti and RTX 2060.

By contrast the CPU recommendation is a little more relaxed if we assume that they're necessary for solid 1080p60 and higher performance. Intel's Core i7-4770 was a quad-core CPU that supported Hyperthreading, and AMD's Ryzen 5 1600X is a pretty affordable 6-core CPU that supports Simultaneous Multithreading. Nonetheless many gamers have let the CPU side of their system slide a little in favour of consistent GPU upgrades (particularly those on SandyBridge & Ivybridge platforms), some of whom could be caught out if RAGE 2's game engine is well-adapted to multi-threading. Only requiring 8GB of RAM is somewhat surprising and may be reflective of higher than usual VRAM demands.

Other indications are that the PC version of the game should be relatively well equipped with PC-specific features and optimisations:

RAGE 2 launches globally on May 14th, and is currently available to pre-order on Steam priced at £39.99 inc. V.A.T.