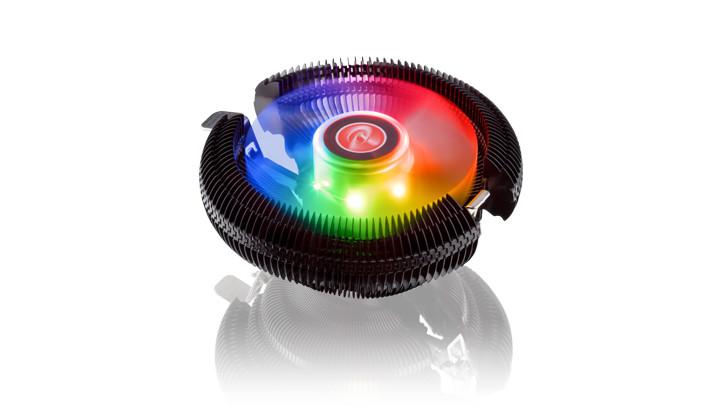 Raijintek's latest release, the JUNO-X, is a low profile CPU cooler with a top-down design. The JUNO-X provides an effective replacement for stock coolers, whilst keeping noise to an absolute minimum. As well as giving us a new range of coolers, Raijintek have also released an updated version of the existing LETO and LETO pro range, now featuring RGB lighting.

The JUNO-X is a small, compact, and light CPU cooler that is ideal for HTPCs and other small computers with its max TDP of 70 Watts. The "radial"-style used is reminiscent of a successful cooling concept from Zalman, except in this version it is made entirely out of aluminium and its powerful 92 mm PWM fans are surrounded by the cooler fins.

THE RAIJINTEK JUNO-X CPU COOLER AT A GLANCE:


The Raijintek Juno-X consists of a heatsink whose aluminium fins form a ring around a slowly-turning 92 mm PWM fan. This arrangement also allows the surrounding motherboard components to receive cooling. Thanks to its low 50 mm height, the Juno-X is primarily designed for use in low-profile cases that offer limited space.

In performance terms this cooler comes with some impressive specifications, especially in regards to the 1200 to 2500 RPM range which allows for a maximum airflow of 88,35 m3/h. This also enables the cooler to produce a high static pressure of 0,94 mm H2O. The cooler's maximum 26 dB noise output means the Juno-X also functions very quietly, assisted in no small part by its use of a 4-pin PWM motherboard connector.

The original retention module of the Juno-X enables installation on all modern AMD sockets (AM4, AM3(+), AM2(+), 754, 939, 940). Thanks to a plastic bracket the cooler can also be installed on LGA 775 and LGA 115x motherboards. Installation can be performed quickly and easily by hand without the need for tools.

Available from Overclockers UK from £7.99 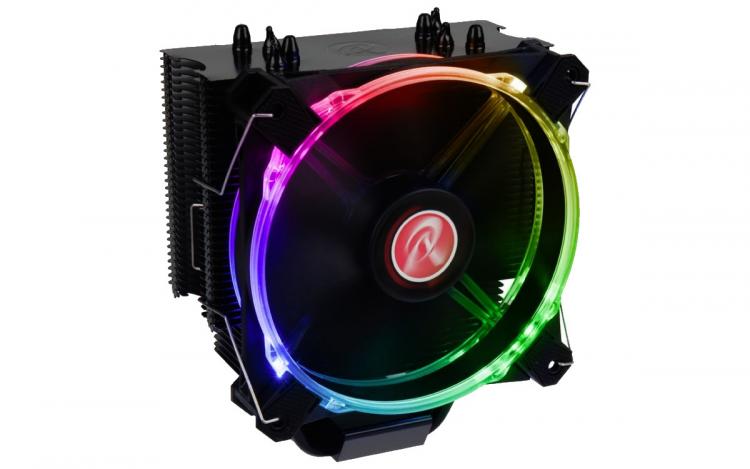 Raijintek's Leto is a heatpipe-based CPU cooler that at 157 mm, offers an above average cooler surface area as well as three heatpipes. The aluminium heatsink counts among the flattest of its kind, and its extensive compatibility is due in no small part to this. The heatsink is designed for the installation of two fans rather than just one. This gives it the ability to be upgraded in the future for increased airflow and cooling performance. The copper heatpipes utilise Raijintek's C.D.C technology to enable direct CPU contact. This allows exhaust heat to be transferred away from the processor with even greater effectiveness.

The design of the fins' heat pipe connection removes the need for the soldering of individual layers, instead opting to press them, this approach minimises the risk of heat pipe damage while increasing its heat transfer efficiency.

The black LED fan with RGB lighting is a 120 mm model with a 4-pin PWM connector offers a massive maximum airflow of 113,83 m³/h. This can be regulated by the motherboard which automatically adjusts its speed in accordance with performance requirements, this also allows the Leto to function extremely quietly during low usage. The fan is attached by means of vibration-dampening pins instead of brackets. Four additional pins allow the installation of a further 120 mm fan if required.

The Leto comes with a mounting kit, making it adjustable for all current CPU fittings including:

Avaliable at Overclockers UK from £28.99 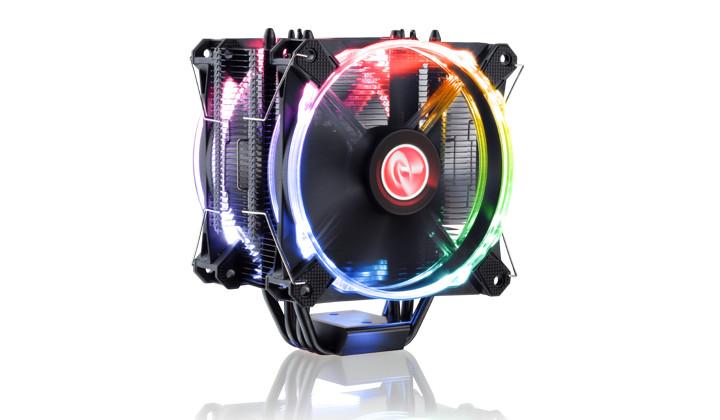 The LETO Pro offers improved performance over the standard LETO which is achieved via four heatpipes instead of the three included with the original. The height of the cooler which, at 155 mm, is also slightly smaller than the non-pro variant.

THE LETO PRO CPU COOLER FROM RAIJINTEK AT A GLANCE:

The aluminium heatsink counts among the flattest of its kind, and its extensive compatibility is due in no small part to this. To this end the heatsink is designed for the installation of two fans rather than one. This offers the option of a future upgrade for increasing airflow and cooling performance yet further. The copper heatpipes rely on Raijintek's C.D.C technology which enables direct CPU contact. This increases the effectiveness with which heat is transported away from the processor.

The elegantly and, as discussed, custom design renders soldering between individual fins and heatpipes unnecessary, instead opting to press them together. On the one hand this minimises the risk of damage to the heatpipes while increasing its thermal efficiency. But equally this approach also minimises the environmental impact of its manufacturing, thus putting the Leto Pro at the fore of 'green IT'.

The sleek-looking, black Iris LED fans with RGB lighting are 120 mm with a 4-pin PWM connector and a gigantic maximum airflow of 95.14 m³/h. It can be controlled by the motherboard, which automatically adjusts in accordance with power requirements. This also makes the Leto Pro whisper-quiet while generating maximum cooling power when required. The fans are attached with vibration-damping pins instead of clamps.

Any current socket along with their respective CPUs can utilise the Leto thanks to its mounting kit. The installation is both simple and user friendly, while the bundled instruction manual explains the installation process in a clear and concise manner.