Ray-Tracing and NVIDIA DLSS Added To F1 2021 On PC 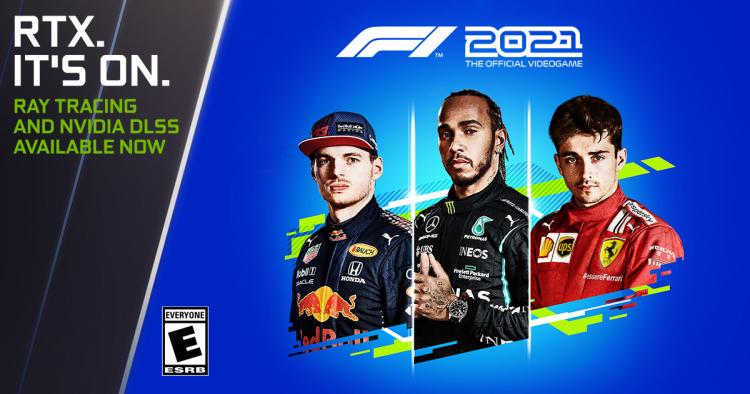 Codemasters have been at the helm of the Formula One tie-in videogame series for over a decade now, a franchise that began with F1 2009 and this week saw the release of its most recent instalment in F1 2021. A career mode and trio of new tracks are some of the in-game highlights of this year's edition, but as a final bonus it's been revealed that the title has launched with support for ray-tracing and NVIDIA DLSS technology for improved visuals.

Driving sims are one of relatively few genres where developers are given license to turn sumptuous visuals all the way up to eleven, particularly the car surfaces and environmental effects. Ray tracing is expensive however, computationally speaking, and so adding DLSS to the mix will help to maintain the high FPS levels demanded by enthusiasts. NVIDIA claim that DLSS can improve frame rates by up to 65% with ray-traced reflections and shadows enabled, letting even an RTX 3070 play the game at 4K while averaging over the critical 60fps mark. 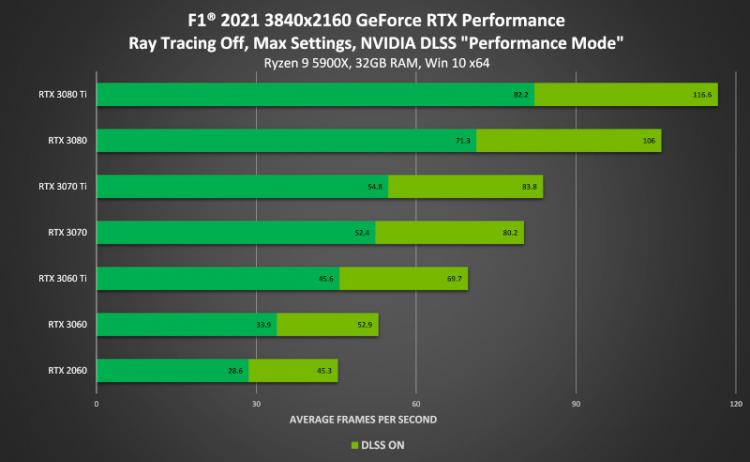 Perhaps more importantly for those without the latest high-end RTX 30-series hardware, DLSS will also mean that all NVIDIA RTX-class hardware (including older RTX 20-series cards) will be capable of 60fps at 1440p with ray traced shadows and reflections enabled.

F1 2021 is available today from Steam or EA's Origin store.

F1 2021 joined Red Dead Redemption 2 and Read Dead Redemption Online in adding support for DLSS this week. Rockstar's smash hit action-RPG integrated the technology as part of the Blood Money update for Read Dead Redemption Online, helping to improve performance by up to 45% at 4K resolutions and helping to make higher resolutions and image quality settings comfortably playable low down the RTX product stack. At max settings all RTX gamers should be able to enjoy their time in-game at 1080p60fps with DLSS enabled.

Rounding out the DLSS news, it was also announced earlier in the week that Unity 2021.2 has left its Beta testing phase and thus DLSS is now a native component of the engine. Support has been added through developments to the High Definition Render Pipeline, and will enable frame rate optimisations to a wider selection of titles with lower developer overhead than before.

With ray tracing supported by both major GPU vendors DLSS is the ace up NVIDIA's sleeve. Broadening support not only improves the experiences of those with NVIDIA RTX GPUs, it also gives the green team a competitive edge while AMD's FSR technology remains vanishingly niche in terms of actual game ecosystem.