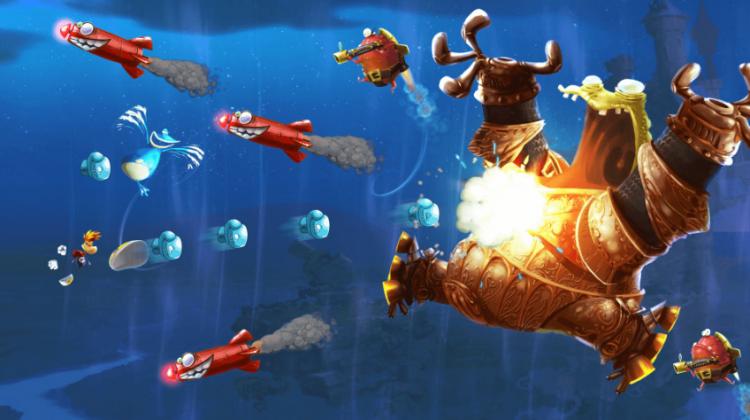 Black Friday deals are all the rage right now, and what better deal is there than free? As part of their regular weekly free game promotion, the Epic Games Store is offering all-comers a copy of Ubisoft's Rayman Legends until next Friday (December 6th).

Rayman Legends is something of an old-school platformer, and the fifth entrant in the much-loved Rayman franchise. It was originally released in 2013 but has stood the test of time, as well as being almost universally acclaimed upon release.

- Run, jump & smack your way through 100+ maps
- Connect with your friends through a variety of challenges that will test your skill and speed. Check the leaderboards to see where you rank around the world.
- Jump to the rhythm and rock the party to beat the crazy musical levels

FOUR-PLAYER CO-OP: You and three friends can seamlessly jump in and drop out of the action for non-stop fun!

3D BOSS BATTLES: Battle dragons and other epic creatures in an extra dimension! They can attack from all angles, so youll have to be on top of your game to defeat them.

ROCKIN RAYMAN: Jump to the beat of a drum, punch to the bass line, even zip-line during amazing guitar riffs. Timing and rhythm is the key to beat these maps set to original and licensed musical tracks.

NEW ONLINE CHALLENGES MODE: Connect with your friends through an endless variety of challenges through five different stages that will test more than your skill and speed! Return for new challenges both daily and weekly and check the leaderboard to see where you rank around the world.

Generally speaking, platformers such as those in the Rayman franchise benefit from a gamepad rather than keyboard as controller, but give it a bash and see how you get on.

At 4pm GMT on December 6th the free game promotion switches to indie isometric action-adventure Jotun: Valhalla Edition, a great title in its own right.