The Razer Anansi gaming keyboard is the new weapon of choice for MMO gamers, said Robert RazerGuy Krakoff, president, Razer USA. Lets face it, the regular keyboard that came with your PC was designed and built for typing, not for MMO gaming. With its revolutionary seven thumb modifier keys, every key combination that you had before is now multiplied by seven times. The Razer Anansi allows you to use every spell, ability or custom macro in your arsenal -- both instantly and in complete comfort.

Designed and engineered especially for MMO gameplay, the Razer Anansi gives MMO gamers the power to instantly use up to seven times more commands and abilities over the current 12 ability keys normally accessible on a standard keyboard. The Razer Anansi also features over 100 fully programmable keys, on-the-fly macro recording, five additional gaming keys and the ability to customize the key backlighting from over 16 million colors.

The Razer Anansi is also designed to be used seamlessly with the 12-button mouse keypad on the Razer Naga and Razer Naga Epic MMO gaming mice, giving gamers a supreme level of battle control and ergonomic comfort when playing their favorite MMO game. 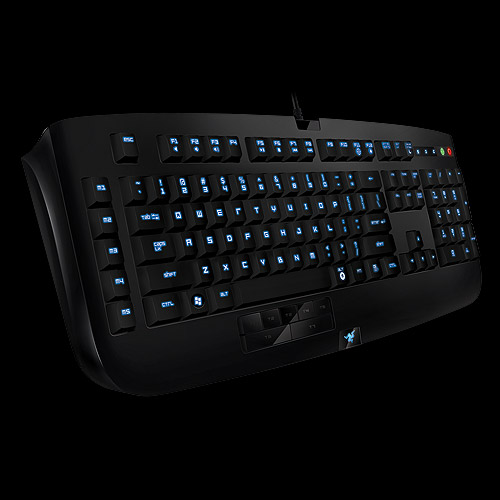