Realtek introduces its first set of solid-state drive controllers marking its entry to the SSD controller market to compete against Samsung, Phison, Intel, and Silicon Motion. Realtek initially releases two controllers for the PCI-express 3.0 x4 interface wherein one is a mainstream solution and the other as a high-end superior performance solution. 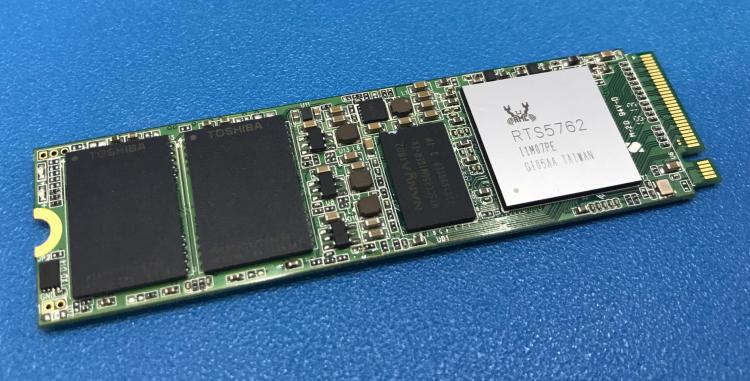 The Realtek RTS5763DL will be a mainstream PCIe Gen 3.0 x4 DRAMless solid-state drive controller that offers support for up to 4 flash-channels and support for various types of 3D TLC and 3D QLC NAND flash. It delivers read speeds of up to 2150MB/s and write speeds of up to 1450MB/s using CrystalDiskMark, significantly faster compared to the average PCI-express Gen 3.0 x2 solid-state drive offerings. 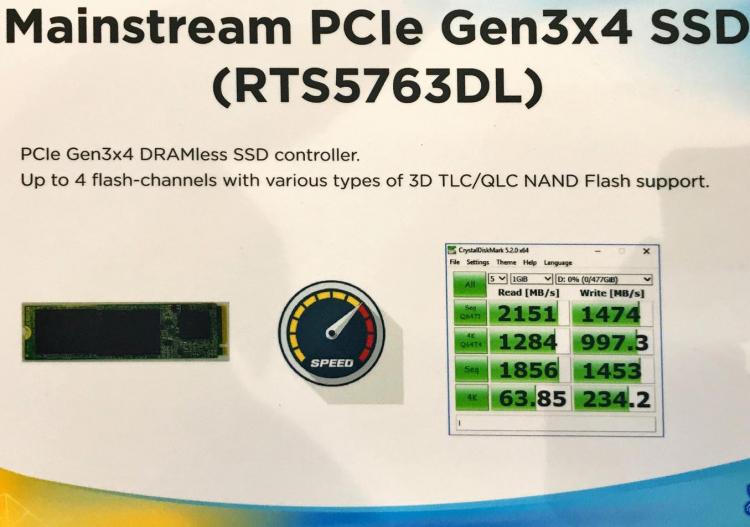 The Realtek RTS5762 features the next-generation NVMe 1.3 protocol delivering read speeds of up to 3500MB/s and write speeds of up to 3000MB/s which competes with the higher-tier of NVMe solid-state drive offerings in the market today.

There's no further information as to which brand partners are working on new solid-state drives that will feature the new Realtek SSD controllers. The two new controllers are still to be seen listed at the Realtek website as well. Hence, we expect the addition of a new competitor would lead to cheaper solid-state drives and push innovation to bring better technologies faster.