Red Dead Redemption To Be Available Through Steam December 5th 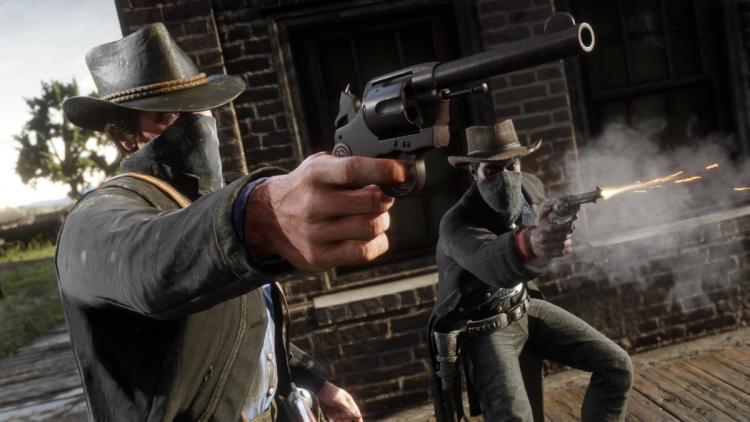 Rockstar's adventure epic Red Dead Redemption 2 is ending its PS pseudo exclusivity in the Epic Games Store earlier than expected. The game, which launched on PC in early November to pleasant reviews but more than the odd bug, will be available through Steam as well as the Epic Games Store from next Thursday 5th December with pricing TBC, for those who just couldn't stomach purchasing from Epic's distribution service.

Many had anticipated a protracted exclusivity period for Rockstar's latest and greatest, lasting for at least six months and perhaps even up to a year, but the title will be on Valve's storefront even before 2K's Borderlands 3 (which was released two months prior to RDR2). Epic are unlikely to be too bothered however; the vast majority of sales are typically made in the first few weeks, and their exclusivity period will have covered the crunch November release window including Black Friday and Cyber Monday.

It's tempting to assume that a swift end to exclusivity was driven by poor sales on the platform, but there is no evidence to suggest that was the case. In fact, given the positive reception both Metro Last Light and Borderlands 3 received in terms of sales, it's more likely that Rockstar are attempting to get a second bump in sales from the 'Only Steam' PC gaming faction before RDR2 fades into the relative obscurity of games 'more than three months old' or duking it out with the looming spectre of Cyberpunk 2077 & Half Life: Alyx next year.

You can find the Steam store page here. Furthermore, RDR2 is currently 20% off on the Epic Games Store.