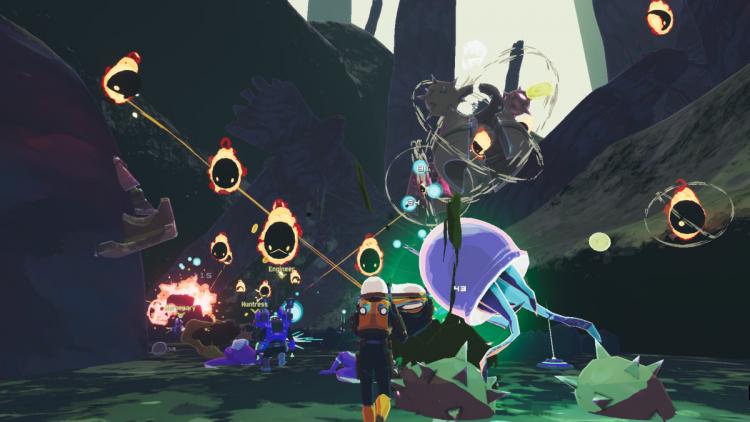 Risk of Rain was one of the brightest luminaries of the Roguelite wave that also featured classics such as Faster Than Light and The Binding of Issac. The popularity of the game progression style, embraced particularly by indie developers in exceptionally diverse genre, continues to this day through recent releases Dead Cells and Slay The Spire amongst a veritable multitude. However today marks the soft sequel launch to one of the originals, making it a notable day indeed.

Risk of Rain 2 is a Roguelite third-person shooter that's a substantial divergence from the 2-D Co-op action platformer that was the original. Moving to three dimensions doesn't mean developers Hopoo Games are dispensing with co-op and perma-death boss battles though, both of which were hallmarks of the original.

Although Risk of Rain 2 launches today, this will not be the game's full release. Instead it debuts on Steam Early Access as a means of generating additional funding for further development and nurturing the playerbase at an early stage. Its early access status will mean that you'll be paying to play a pre-release version that will have bugs and may not yet be feature complete; nonetheless getting in at the ground floor and influencing development could be exactly what enthusiasts and streamers alike would enjoy.

Sweetening the proposition is a temporary 'buy one copy, get one to gift for free' promotion that lasts until 12pm PDT (7pm GMT) March 30th. And at £14.99, it's hardly the same outlay as mainline AAA titles costing three times as much for a far less satisfying experience.