August is always a busy month for gaming and technology events and new releases, and this year is no different. In the UK a particular highlight will be the Insomnia Gaming Festival, which returns next week as i61.

Now in its 61st iteration, Insomnia is the UKs biggest event devoted to all things gaming, and serves as a nexus for competitive gaming, first time hands-on opportunities for upcoming titles, and just a touch more besides. The iSeries team return to the NEC in Birmingham for four days of events, demonstrations and exhibitions, starting from August 25th.

Of course, to justify a venue the size of Biriminghams NEC you need a little more than a few PCs and a big TV. This month the organisers are coaxing attendees not just by going further with competitive LAN gaming opportunities, but also beyond videogames as a whole. So, whether your interest be pixel, personality or mini-propeller, there should be something for you.

So, what could possibly warrant a venue as spacious as the NEC. Well, how about some good old fashioned Drone Racing.

Insomnia will be hosting the first ever iSeries Drone Racing Grand Final, the culmination of a season of competition which began in March. Organised by iSeries and UKDS Racing, the series exploited the UKs first permanent indoor drone racing arena in Nottingham, UK to run regular heats and let the budding sport find some of the stars who will take it to the next stage.

Competitive Drone Racing brings together recent technological advances in the fields of drone mini-aircraft and fly-by-wire control with razor-sharp reflexes to fly at the edge of their crafts limits. Competitors as young as nine race using video goggles, giving a whole new perspective on radio controlled races.

Andy Smith, Insomnia Events Director at Multiplay said: Drone racing has really taken off in recent years and was a huge success when hosted at Insomnia last summer. The grand final this August will be the perfect opportunity for fans to see the sport at its best and witness history being made as the first UK indoor league champion is crowned. The UK has some of the best drone racing stars in the world, all showcasing their exhilarating skills at Insomnia61.

Ubisoft will be attending Insomnia61 in some force, offering UK gamers their first chance to play a selection of their upcoming titles. Included are the eagerly awaited Far Cry 5 and Mario + Rabbids Kingdom Battle, the latter of which is released at the very end of the month.

Not enough to whet your appetite? How about The Crew 2, Ubisofts sequel to their 2014 answer to high profile racing sims. If comedy is more your wheelhouse then how about a sneak peek at South Park: The Fractured but Whole. The latter is due for release this October, whilst the former wont be in stores until early 2018. Fans of something a little more active can enjoy an early preview of Just Dance 2018, including some of the 40 new tracks which are part of this years franchise release.

Its not just Ubisoft in attendance. Other titles available to play are Naughty Dogs latest chapter in their bestselling PS4-exclusive franchise  Uncharted: The Lost Legacy. Or how about Superhot VR for a truly unique experience. Or even Nintendos Super Mario Odyssey. Whether consoles or PC are your thing, i61 has you covered. 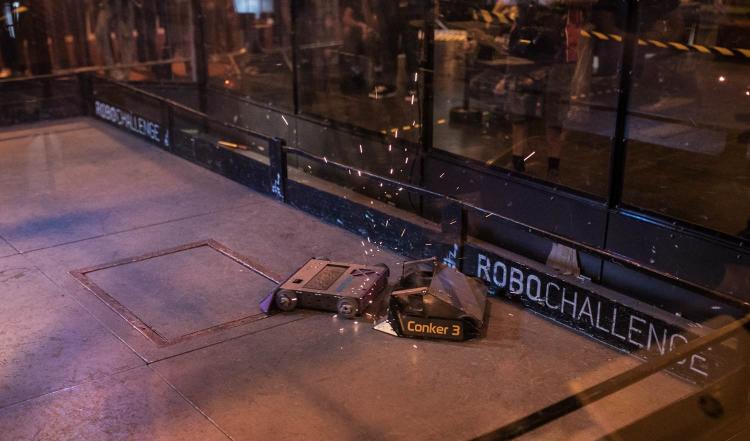 Like so many events at i61 the fun isnt exclusive to competitors. Fans can also get involved through Arrive and Drive, pitting newcomer against newcomer in 90-second bouts taking place between rounds of the main event. The audience can also look on as robots set about destroying common household electronics, carrying out the fantasies of many a watcher of Office Space.

Outside of the punishing arena, enthusiasts of all things Robot Wars can visit the Exhibition Area, where veteran House Robots Sir Killalot, Matilda, Dead Metal and Shunt will be on show alongside other high-tech contraptions from wider geekdom.

Of course, eSports competition is the mainstay of the Insomnia Gaming Festival, and i61 is no different. Central to this is thirteen tournaments operating on an open or casual basis, comprising serious titles such as Rocket League and Counter Strike, or more gentle affairs like the i61 Hearthstone Open. Tournaments are run on a Bring Your Own Computer ticketing basis with Insomnia providing the LAN infrastructure, and this year will be operating on three different tiers of competition:

Tournaments will now fall into one of three tiers, Headline, Community, and Casual.

Headline tournaments are our flagship BYOC competitions. These will have an official stream for the whole weekend, featuring the best upcoming UK casters, and a stage final on Insomnias BYOC Stage. Headline tournaments will always host a minimum prize pool of £5,000, with the option for sponsors to increase it further.

Community Prize tournaments are for our games that have a core community who attend every Insomnia, but dont have the numbers to reach headline status. These will not have stage finals, or official Multiplay streams, but instead are open to you to stream!

Casual Cups will remain the same tournaments you know and love, covering anything you want to play, from Age of Empires 2 to Dawn of War 3. Our dedicated team of admins will be on hand all weekend to create & run any tournament you can come up with!

All That, and More

If all that wasnt enough, there is still a whole lot more to see and do at i61. Both the Indie Zone and Retro Zone return, where you can renew an acquaintance with old classics or perhaps find something new thats a little off the beaten track. 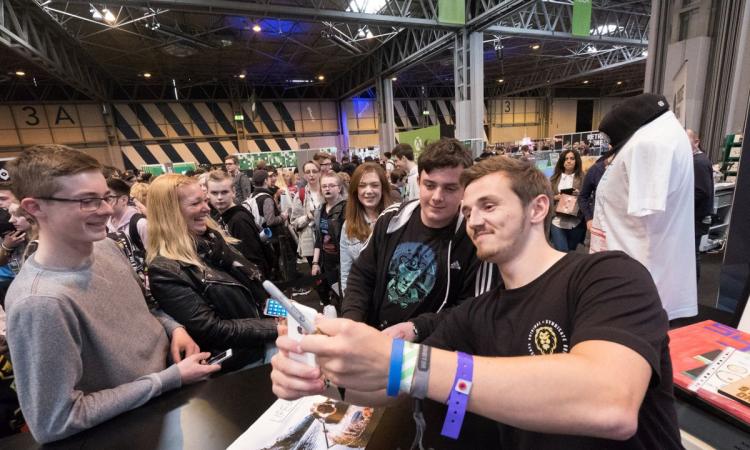 Gaming personality Syndicate at i60

At the Creator Zone attendees can meet special guests: influential members of the wider gaming community, be it on Vloggers, Youtubers or Twitch Streamers. Previous guests in the Creator Zone have been Syndicate and The Yogscast, to name but two.

If you had always wanted to try out VR, but never had the chance, the VR and Tech Zone might be just the ticket. The Insomnia team have set up experiences with the Oculus Rift, HTC Vive and Playstation VR, giving you a taste of the future without needing an expensive set-up at home.

Finally, videogames aren't the only games at Insomnia. Youtube and streaming sites are also home to a burgeoning community of tabletop gamers, and the resurgent genre is also getting its own dedicated Zone. GamesQuest and BigOrbit will be on hand in the Tabletop Zone to help newcomers through their tabletop or card game experience, whether it be established favourites or 2017 debutants.

Insomnia 61 runs from the August 25th to the 28th. Tickets are still available, and tournament streams can be seen at Twitch.tv/multiplayevents during the event.