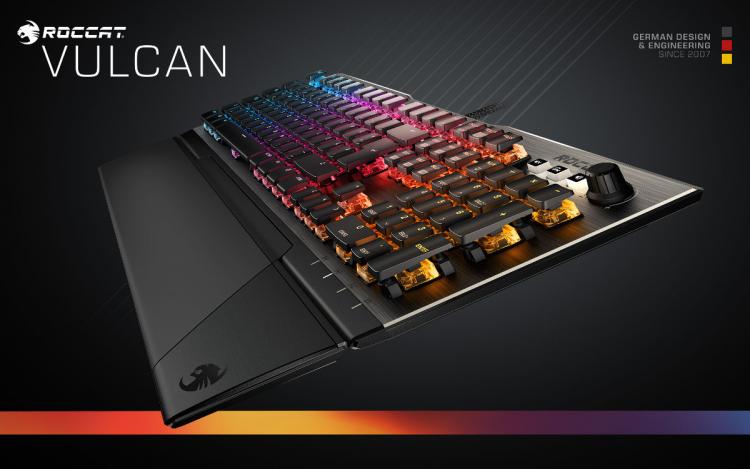 Late last week ROCCAT unveiled their first mechanical switch for keyboards designed entirely in-house. The Titan Switch Tactile is a substantial departure from the conventional, not least due to some features which will enhance its appeal to those in search of a unique look to their keyboard. However the world was left wondering where these switches would first see a home. Well, wonder no more...

Today ROCCAT are announcing the brand new Vulcan series of keyboards, all of which incorporate the new Titan Switch Tactile. These swift and responsive key switches - an approximate analogue to Cherry MX Brown types with more exacting manufacturing standards (so ROCCAT claim) - will obviously be a focus of discussion, but the keyboard as a whole is quite a contrast from ROCCAT's current portfolio.

Prior to the Vulcan, ROCCAT prioritised the classic gamer aesthetic - all aggressive angles and bulky plastics emphasising function over a sleek form. This was the case even when they were among the first to introduce configurable RGB lighting into their peripheral lineup, years before the stable feature it is today.

The Vulcan series however comes out of the gate with a much more restrained and elegant frame. Clearly it's as much of a platform for showcasing those striking Titan Switches as it is a gaming keyboard, seeking by no means to detract from them and the illumination they produce. And is that really a surprise? When so much time has been invested in developing new switch technology, showing them off to their best potential makes a whole lot of sense. 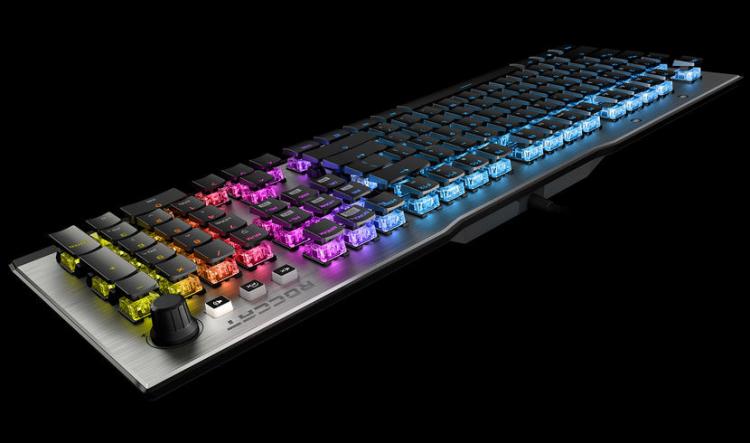 At a glance the precision German engineering of the Vulcan series shines through. As you can see the frame is exceptionally slim-line, with metal base plate (ever-necessary on mechanical keyboards) and anodised aluminium top plate for the ever-popular brushed effect. With or without lighting, it should be at home in office workspaces and gaming setups alike. ROCCAT have in the past said they "want to be seen as the BMW of gaming peripherals," and this is a step in the right direction in diversifying what the brand represents.

Speaking of lighting, the Vulcan series integrate ROCCAT's AIMO lighting engine. This added dimension to other advanced lighting configurations brings in algorithms that analyse the way you use your keyboard (contrasting FPS with MMO gameplay, for instance) and adapts the lighting effects accordingly. And of course, lighting can be linked with other ROCCAT peripherals for a more immersive effect across your gaming setup. 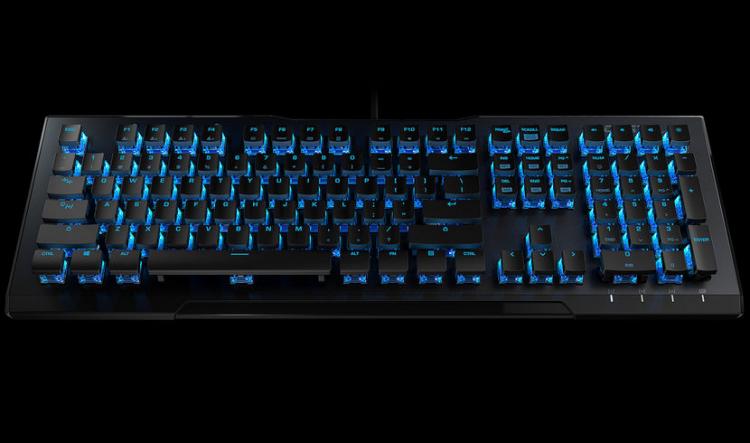 The Vulcan 80 slightly slims down the features for a mainstream audience. The design opts for classic ROCCAT blue LEDs on each Titan Switch rather than RGB throughout, as well as a set of media keys just above the number pad. Of course, despite a lack of RGB it's otherwise fully compatible with ROCCAT's configuration software and incorporates existing popular technologies such as ROCCAT EasyShift[+].

Moving up the range, the Vulcan 100 brings more to the table. Probably the most notable addition are that Switch LEDs are now RGB throughout, bringing with them full compatibility for ROCCAT AIMO lighting effects. But that's not the only difference. Media keys have been switched for a control knob (primarily for volume control) and three complementary buttons control buttons.

At the top of the tree is the Vulcan 120, but the only difference between it and the Vulcan 100 is the inclusion of a detachable wrist rest magnetically held in place. Cognisant that the use of a wrist-rest is very much down to personal preference, ROCCAT have chosen to distinguish the two SKUs and keep prices keen for those who don't need one. 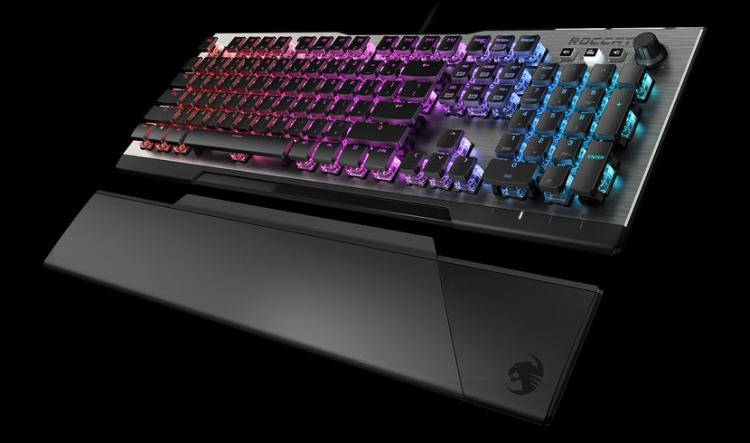 ROCCAT are launching the series with many different keyboard layouts including US, UK, French, German and Korean. UK availability is expected at the end of July, but the keyboards are immediately available to preorder from both Amazon and the ROCCAT Shop. Current EU/US MSRP for the Vulcan series is as follows:

While the gamer look of existing ROCCAT peripherals certainly has its appeal, we definitely like where ROCCAT are going with the Vulcan. Clearly there is room to expand, both technologically by adding linear switch designs, or aesthetically by rolling in this new clean and sleek design ethos into other peripherals. Other aspects of the Titan Switch could also be addressed, such as removable/customisable keycaps; but that's really for the future when the models are established presences in the market.

As for now, we're looking forward to reviewing the Vulcan series when they are available.

There are currently 672 user(s) online:
Google