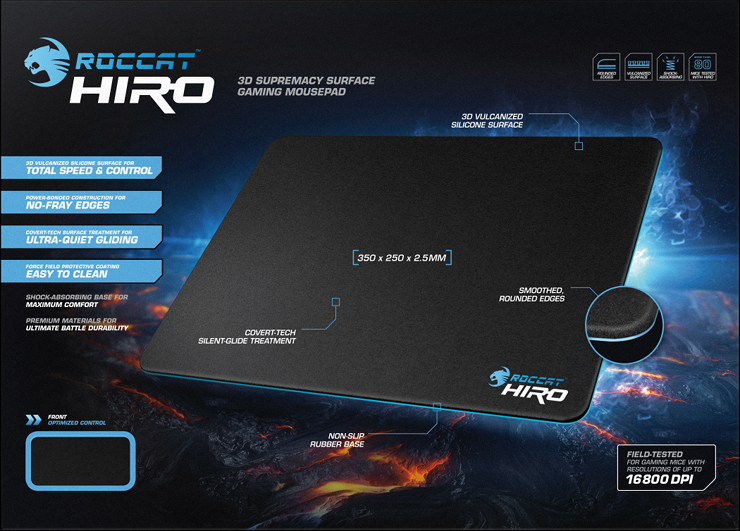 The Hiro also features an entirely new kind of gaming surface: an exclusive vulcanized silicone playing field, with a complex 3D structure, that delivers significantly increased gliding speed and control on both the x and y axis  offering the ultimate command capability during even the most demanding gaming.

"With the Hiro, we are yet again bringing true innovation to gaming," says ROCCAT Founder and CEO, René Korte. "Frayed edges are a thing of the past with this mousepad. And its groundbreaking, one-of-a-kind surface delivers speed and precision that will thrill even the most demanding gamers. We built the Hiro using only the most advanced materials and construction methods  so gamers can rest assured their pad will provide max battle durability and performance, mission after mission.

Win worry free, in top comfort  and with stealth

The Hiros non-slip rubber base also offers a rock-steady command platform  so gamers wont have to deal with inaccurate on-screen orders caused by slippage. Its solid weight also contributes to stability, providing additional security during hectic gaming. Plus, the Hiro features a shock-absorbing build that provides maximum comfort during even the longest gaming sessions. 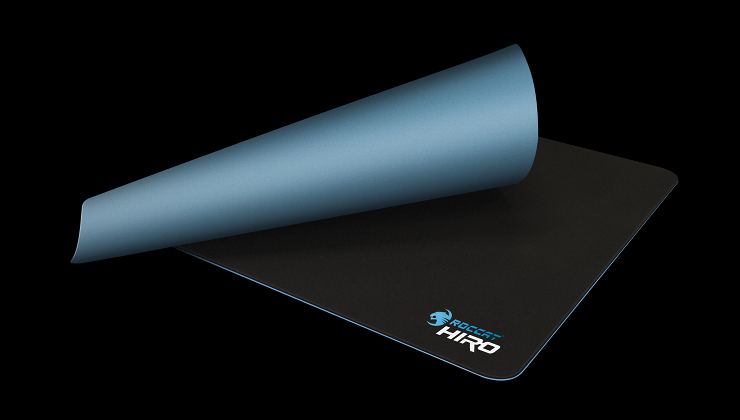 Thanks to its Covert-Tech surface treatment, the Hiro also allows for ultra-quiet gliding  for stealthy and distraction-free commanding. Plus, an advanced Force Field protective coating makes the Hiros surface water resistant and easy to clean  so its always simple to get it in top shape for the next game.
The ROCCAT Hiro  3D Supremacy Surface Gaming Mousepad is now available in Europe for a suggested retail price of 49.99. The Hiro will be available in North America and Asia January, 2013.

For more from ROCCAT's range of award-winning peripherals visit ROCCAT.org