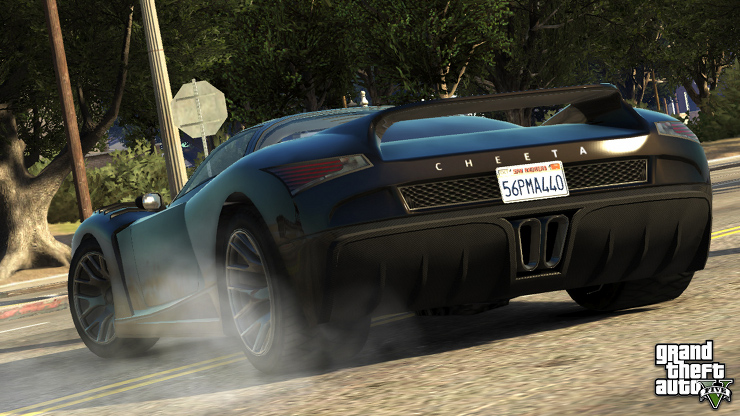 Grand Theft Auto V was blessed with a tentative release schedule yesterday, but all mention of the PC platform was curiously missing. In a announcement on RockStarGames.com, the developers said:

Today, we're proud to announce that Grand Theft Auto V is expected to launch worldwide spring 2013 for Xbox 360 and PlayStation 3.

Developed by series creator Rockstar North, Grand Theft Auto V takes place in a re-imagined, present-day Southern California in the largest and most thriving game-world we have ever created set in the sprawling city of Los Santos and for miles beyond  from the tops of the mountains to the depths of the ocean.

So, a worldwide launch in Spring 2013, but what about PCs? It would be no surprise if it was delayed a little following similar decisions by other publishers (Ubisoft most recently in the case of Assassin's Creed 3), but some info would be nice. Following a torrent of comments they gave the following update:

Hey guys, glad to see so much enthusiasm about the release announcement. For those asking about the PC platform, we're currently focused on the Xbox 360 and PS3 versions of the game and don't have any details to share about a PC version at this time. Anyone that continues to spam the comments section will have their commenting privileges suspended.

Based on previous franchise instalments, a lack of anything to share regarding a PC release date could certainly be prolonged - GTA IV's PC release followed consoles by over seven months, though it did come with extras. The PC hasn't been a priority release platform for RockStar since GTA II, and that doesn't look like changing any time soon. Already there's talk of a boycott, although that's probably PC gamers being a touch melodramatic.

So, what do you think? Are you happy to await on an indeterminant release? Will you be picking GTA V up on a console? Let us know...

Assigned tags:
Gaming
Please share your thoughts by commenting below!

« Afraid Of The Light? Amnesia: A Machine For Pigs Trailer · Rockstar Noncommital Over GTA V For PC · Outlast gets creepy full-length trailer »