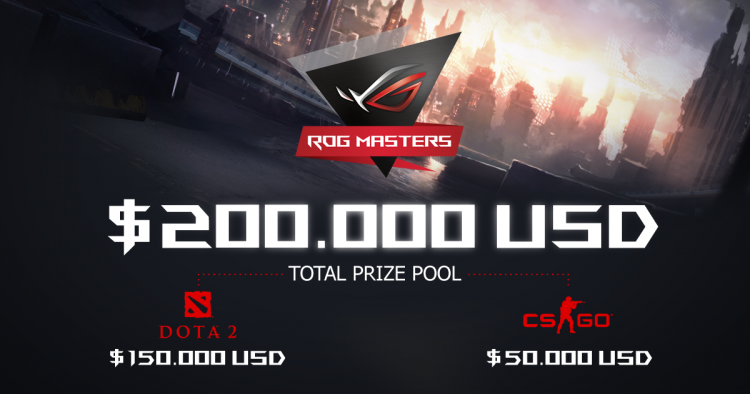 In the first bracket of the Dota 2 qualifier, underdogs Next-Gen VietNam eliminated Execration from the Philippines in their final match to book their place in the Grand Final. In the second bracket, Mineski-X from Philippines beat Indonesias Rex Regum Qeon for their spot in the November event.

In the Counter-Strike: Global Offensive (CS:GO) qualifiers, Sabertooth from Vietnam beat compatriot Vikings.Vortex 16:10 to secure their spot in the Grand Final; while the all-Singaporean semi-final saw LeapFrog beat Sukufuku Sunshine by a similar scoreline.

ROG Masters is Asias largest eSports tournament and features a prize pool of US$200,000. From September to October, 2016, Dota 2 and CS: GO teams will battle it out in a series of regional qualifiers for a spot in the Grand Finals, which will be held in Kuala Lumpur, Malaysia from 12th to 13th November, 2016. ROG Masters strives to uncover future talent in the Asian Dota 2 and CS:GO scenes and bring them into the international spotlight.