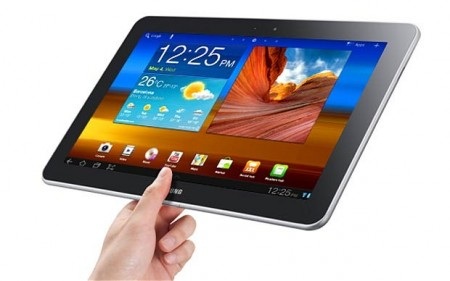 People following this case will know that these lawsuits, mostly started by theiving patent hog, (ala 'Motorolahaslotsofpatentshowcanyouletgooglebuythem.jpg' *cries* - Apple inc) are really causing a stir within the industry. Samsung have had their Galaxy Tab 10.1 banned outright in Germany. While Samsung will undoubtly appeal, it is likely to be in vain.

"We are disappointed with this ruling and believe it severely limits consumer choice in Germany," Samsung said in an e-mailed statement.

"Samsung will actively and immediately appeal this ruling to protect our intellectual property rights."

While this decision will not affect other European countries, it would support Apple's case should they seek further injunctions. Given current trends, Samsung may overtake Apple in Smartphone sales and that the Galaxy Tab is a real competitive threat to the iPAD, it is in Apple's interest to try and curb Samsung as much as possible, but not the interest of the consumers.

As for further developments, the summit of the Apple-Samsung lawsuits will be in the coming October where 19 cases will start in the U.S. District Court in San Jose.