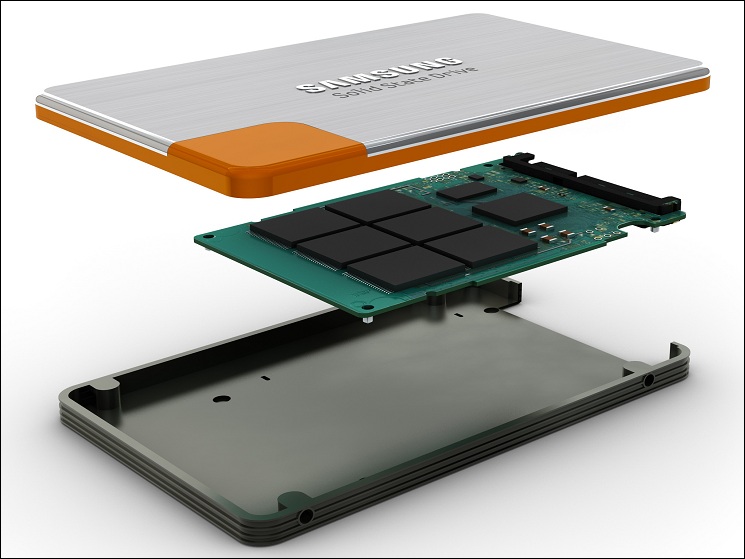 - New, easy-to-install SSD package
- All SSDs include a genuine, full version of Norton Ghost 15.0 to enhance usability and ease data backup and recovery frustrations.
- Easy and convenient installation, even for novices.

This July, all Samsung 470 Series SSDs will include a full copy of Norton Ghost 15.0 to greatly reduce the frustration of data migration, backup, and recovery. While the physical installation of the drive is trivial to many users, the tedious process of installing the OS, running OS updates, installing patches, reinstalling software, setting up user preferences, and migrating old data is frustrating and time-consuming. With the inclusion of Norton Ghost 15.0, the time it takes to migrate to a new SSD is reduced by up to 75 percent, meaning your new drive can be up and running in under an hour instead of nearly four.

Stefanie Summerfield Head of Business Development  Memory said, The new Samsung SSD 470 series is top-notch in terms of user convenience in the industry. I believe it will provide a new level of consumer satisfaction. She added, Samsungs included software solutions significantly reduce the difficulty of data migration and management for novice users. We are serious about this industry and will play hard to expand our market share in the SSD market.

The Samsung SSD 470 series was launched in Korea last January and sold 10,000 units within two months, thanks to its fast data processing speed, impact resistance, and superior multitasking support. Samsung Electronics UK are now launching the 470 series later this month and including a full version of Norton Ghost 15.00. Samsung believe this combination of high quality hardware and Norton software will be an ideal solution for consumers looking to boost the performance of their existing laptop or desktop.