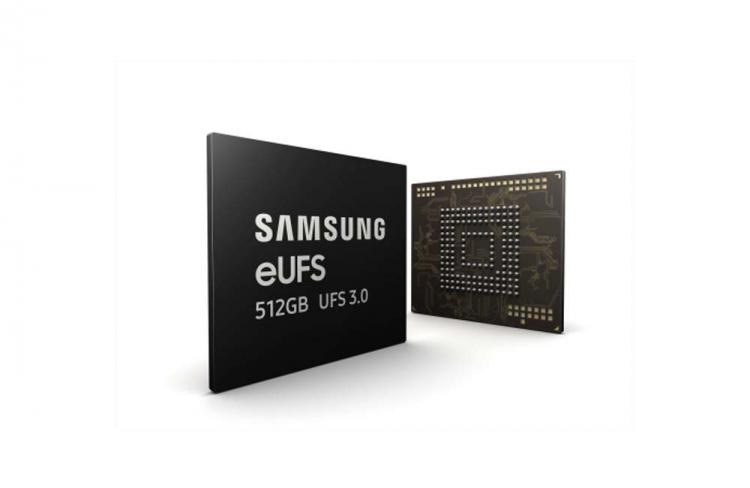 Samsung mass produces its industry-first and newest Universal Flash Storage (UFS) - the 512GB eUFS 3.0. The Samsung eUFS 3.0 is 20X faster than the typical microSD card and with 512GB of storage, the next-generation mobile devices will feature greater speeds and larger onboard storage capacities. The latest eUFS 3.0 specification feature twice the speed of the previous eUFS 2.1 specification offering astonishing speeds of up to 2100MB/s sequential read speeds and 410MB/s sequential write speeds. Samsung already announces that its developing a 1TB version within the second half of the year. 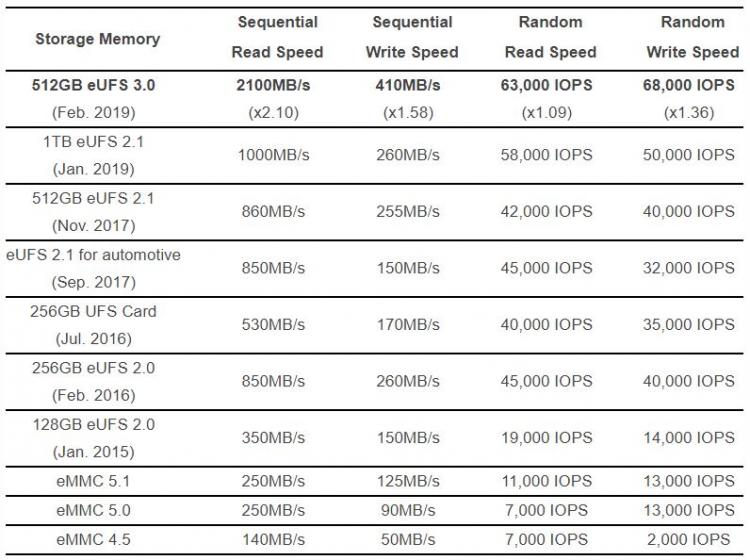 Samsung produced the industry-first UFS interface with eUFS 2.0 in January, 2015, which was 1.4 times faster than the mobile memory standard at that time, referred to as the embedded multi-media card (eMMC) 5.1. In just four years, the companys newest eUFS 3.0 matches the performance of todays ultra-slim notebooks. The 512GB eUFS 3.0 stacks 8 fifth-generation 512-gigabit V-NAND flash with an integrated high-performance controller to achieve its superior read and write speeds. With write speeds of up to 410MB/s, the eUFS 3.0 comes close to par with SATA solid-state drives at a more compact form-factor.

Samsung will be mass producing and launching the 512GB eUFS 3.0 flash storage which month along with a 128GB version. 256GB and 1TB versions will be launched in the second half of the year.