"With the Samsung XP941, we have become the first to provide the highest performance PCIe SSD to global PC makers so that they can launch leading-edge ultra-slim notebook PCs this year," said Young-Hyun Jun, executive vice president, memory sales & marketing, Samsung Electronics. "Samsung plans to continue timely delivery of the most advanced PCIe SSD solutions with higher density and performance, and support global IT companies providing an extremely robust computing environment to consumers." 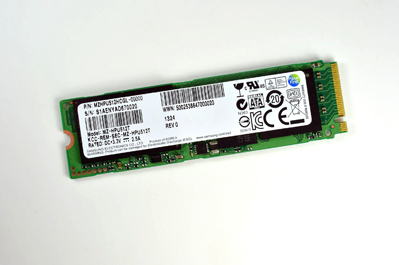 The new Samsung XP941 delivers a level of performance that easily surpasses the speed limit of a SATA 6Gb/s interface. Samsung XP941 enables a sequential read performance of 1,400MB/s (megabytes per second), which is the highest performance available with a PCIe 2.0 interface. This allows the drive to read 500GB of data or 100 HD movies as large as 5GB (gigabytes) in only six minutes, or 10 HD movies at 5GB in 36 seconds. That is approximately seven times faster than a hard disk drive (which would need over 40 minutes for the same task), and more than 2.5 times faster than the fastest SATA SSD.

By mass producing the new PCIe SSD, Samsung has established the groundwork for a significant transition into the new paradigm in the global SSD market which enables increasing the performance and the memory storage capacity of SSDs at the same time.

The XP941 comes in the new M.2 form factor (80mm x 22mm), weighing approximately six grams  about a ninth of the 54 grams of a SATA-based 2.5 inch SSD. Also, the XP941's volume is about a seventh of that of a 2.5 inch SSD, freeing up more space for the notebook's battery and therein providing the opportunity for increased mobility that will enhance user convenience. 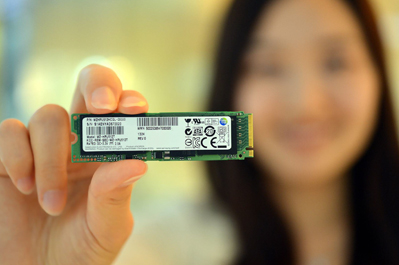 Samsung intends to continuously expand its production volumes of high-performance 10-nanometer class* NAND flash memory, in helping the company to maintain its lead in PCIe SSDs for ultra-slim PCs and notebook PCs. Furthermore, Samsung plans to introduce next-generation enterprise NVMe SSDs in a timely manner to also take the lead in that high-density SSD market, adding to its competitive edge.

There are currently 912 user(s) online:
Google