A little while ago there was talk of delays for the Sandy Bridge Extreme platform on the LGA 2011 socket that suggested an early 2012 release, but recently this Intel slide released over at Donanimhaber shows the release date to be Q4 2011 with the delayed Ivy Bridge with an expected release of March-April (CeBIT maybe?). Alos the slide shows there maybe a refresh of Sandy Bridge-E CPUs to come in Q2 2012. 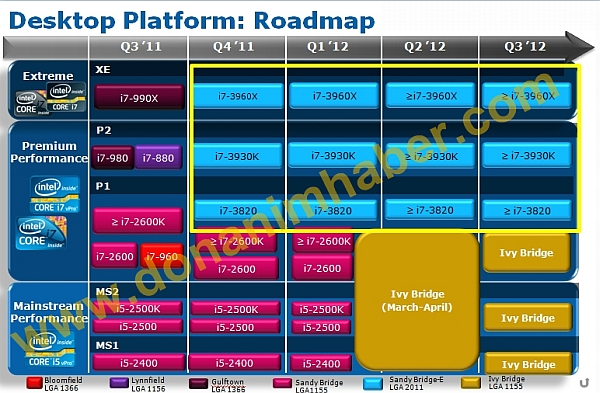 There are currently 427 user(s) online:
Google