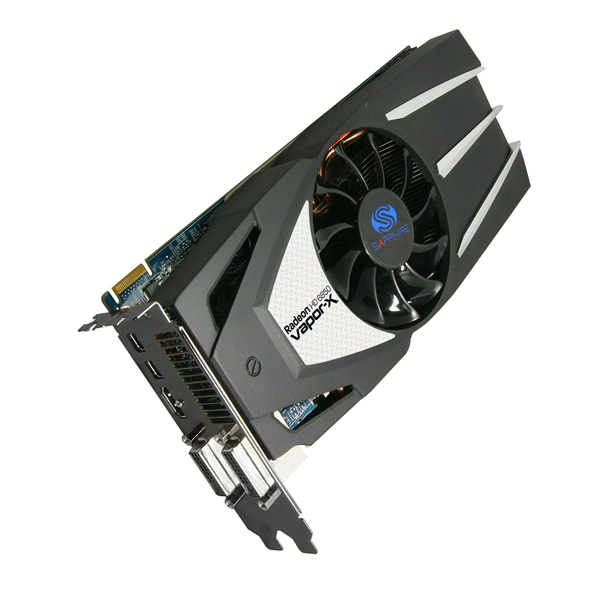 The SAPPHIRE HD 6850 Vapor-X Edition has the same internal architecture as the standard model, with 960 stream processors and 48 texture processing units, but clock speeds are increased to 800MHz for the core and 1100Mhz (4.4 Gb/sec effective) for the memory giving users a considerable boost in performance.

The SAPPHIRE exclusive Vapor-X cooler ensures that the card runs quietly and efficiently. Together with other special hardware features including on-board 10-phase power control and SAPPHIREs highly efficient, cool running second generation Black Diamond chokes this ensures there is a good margin for performance tuning (overclocking) by enthusiast users. SAPPHIREs overclocking tool for these models - TriXX - is available free for anyone to download from a link on the SAPPHIRE website www.sapphiretech.com

The SAPPHIRE HD 6850 Vapor-X Edition has the versatile output configuration of two DVI, one HDMI and two mini DisplayPort connectors. Using two of the DVI/HDMI outputs as well as the two DisplayPorts enables this card to support up to four monitors in Eyefinity (SLS) mode.

The multiple stream processors of the HD 6800 series can be used to accelerate other applications such as video transcoding. The latest generation of web browsers can be GPU accelerated, and this is also supported for enhanced productivity in Microsoft Office 2010.

The SAPPHIRE HD 6800 series features the second generation of graphics technology from AMD designed to support all the features of Microsoft DirectX 11 and DirectCompute 11. This family of GPUs is built in AMDs 40nm process to deliver high performance with low power consumption.

The SAPPHIRE HD 6800 series is supported by AMD's DirectX 11 WHQL certified graphics driver which delivers support for all of the key DirectX 11 features required for enhanced gaming experiences as well as GPU acceleration of supported applications. 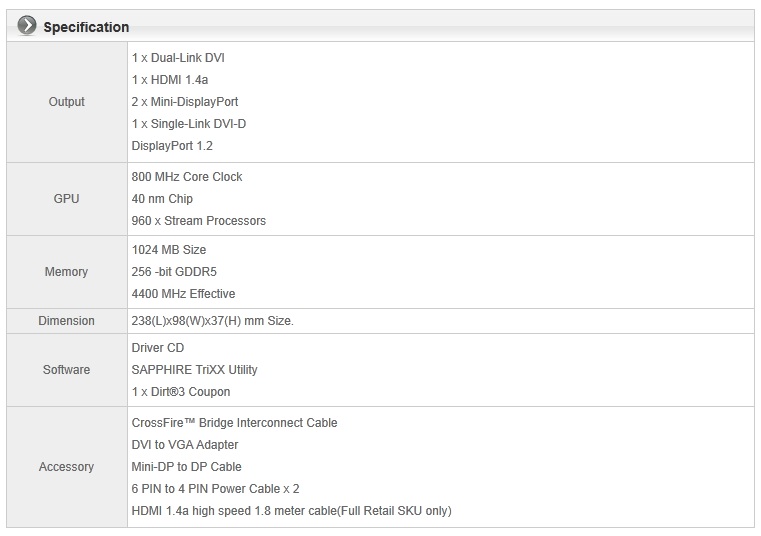 SAPPHIRE Technology was the first company to implement cooling for PC graphics cards based on Vapor Chamber Technology and has now implemented it in several successful product series. SAPPHIREs Vapor-X cooler technology was first introduced in 2007 with its HD 3870 ATOMIC Edition graphics card and then rolled out to the global market with the successful HD 3870 and HD 4870 TOXIC Editions and the Vapor-X series.

More recently Vapor-X cooling has been used on several highly successful HD 5000 and 6000 series TOXIC Edition and Vapor-X models for the global market.