At CeBIT 2012 Sapphire are showing off two, unknown HD 7970 graphics cards, each have 6GB of GDDR5 and are being considered for the Toxic branding. What this means is that these graphics cards will be heavily overclocked and will likely be cooled using Sapphire's Vapour-X cooling system. 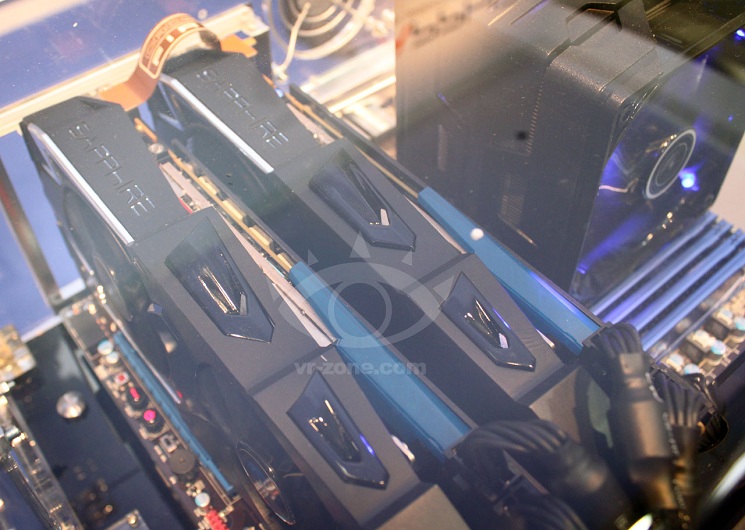 In the new cutting edge cooling shroud, an air of prestige is present, possibly taken from the EVGA book, we can see the SAPPHIRE logo cut out and lit up by blue LEDs. Seen on the card is a redesigned BIOS switch which is a button lit up with a blue LED as well as diagnostic LEDs on the top edge of the card. 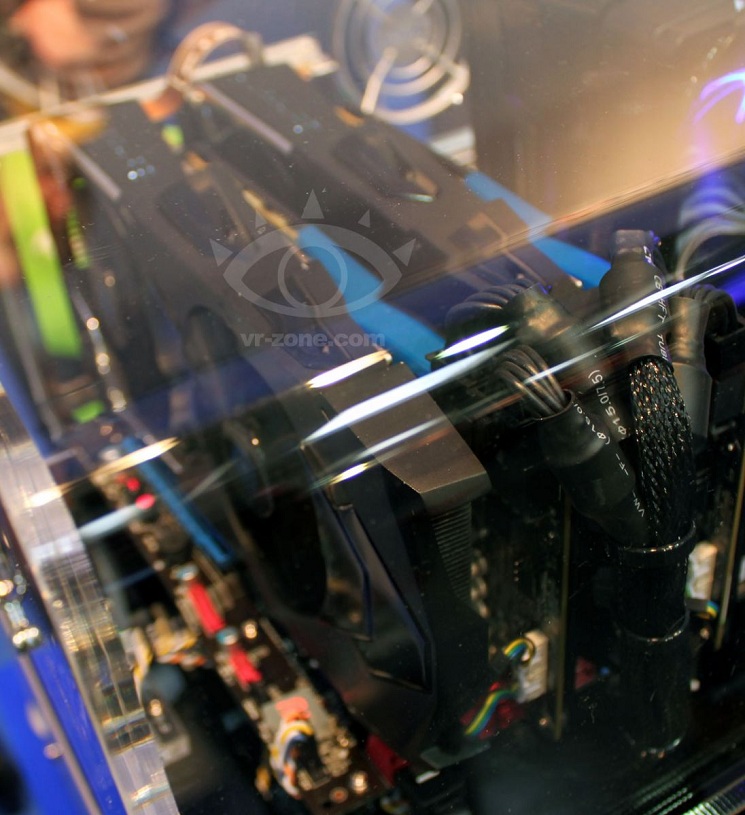 Sapphire are expecting that these cards will ship with a core speed of around 1200MHz when they eventually hit the market. 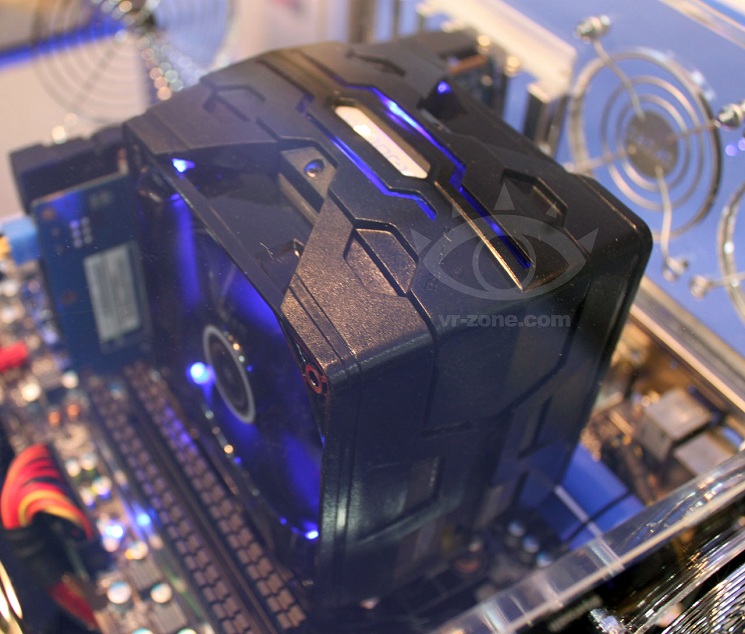 Sapphire were also seen demoing what appeared to be a run of the mill oversized CPU cooler. As expected from Sapphire we see more blue LEDs and funky plastic shrouds giving a stylised image. Nothing really worth of note, until the base plate was checked out. 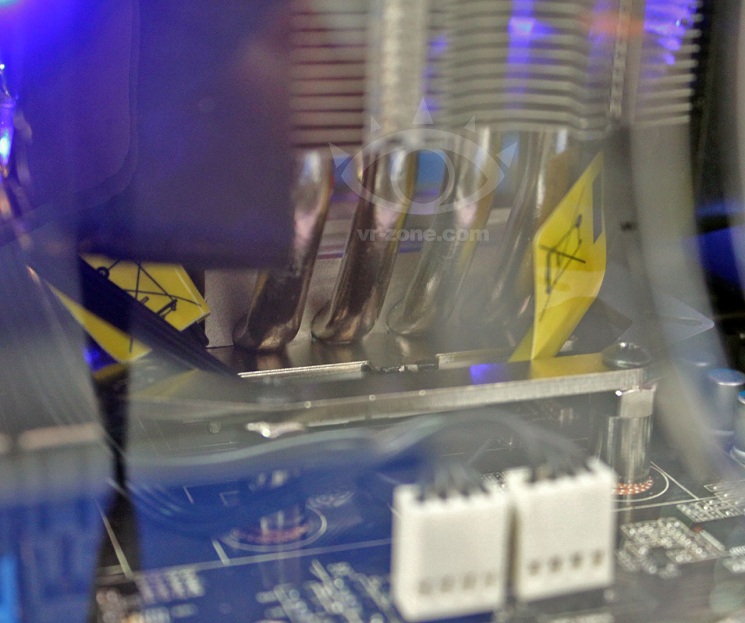 What we see here is an innovative hybrid use of Sapphires Vapour-X technology and heatpipes. If implemented correctly, this prototype could bring a new dimension to the cooling market.