Featuring a staggering 6GB GDDR5 comprising of 24 memory chips, it is no wonder why Sapphire has made use of all PCB space available on both sides of the graphics card. This card is expected to be part of Sapphire's TOXIC range which will come with a factory overclock and is cooled using Sapphire's 'Vapour-X' vapour chamber technology. Powered by a strong 8+3 phase VRM consisting of solid state components and uses a 'Very high end' VRM controller. Power is supplied by 2x 8pin connectors. 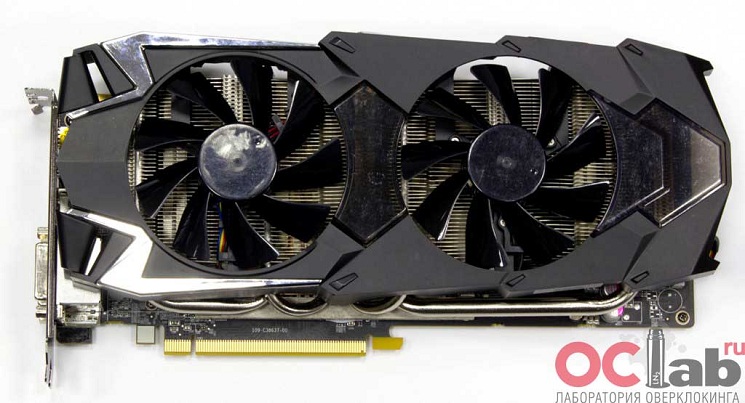 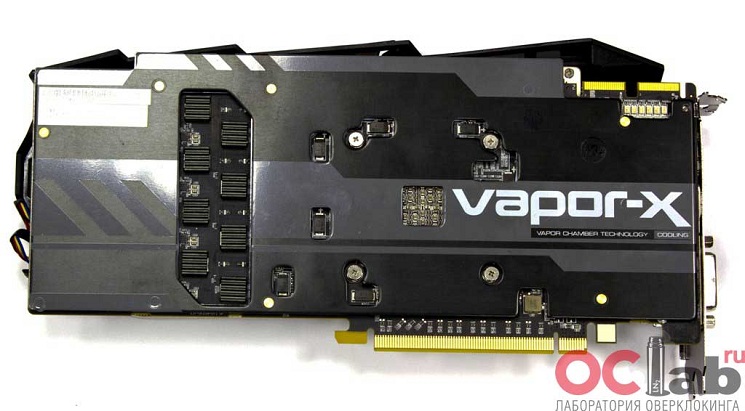 Backplate to cool mounted components on this side of the PCB

On this side, the Sapphire logo lights up, as well as having 8 LEDs to indicate VRM usage 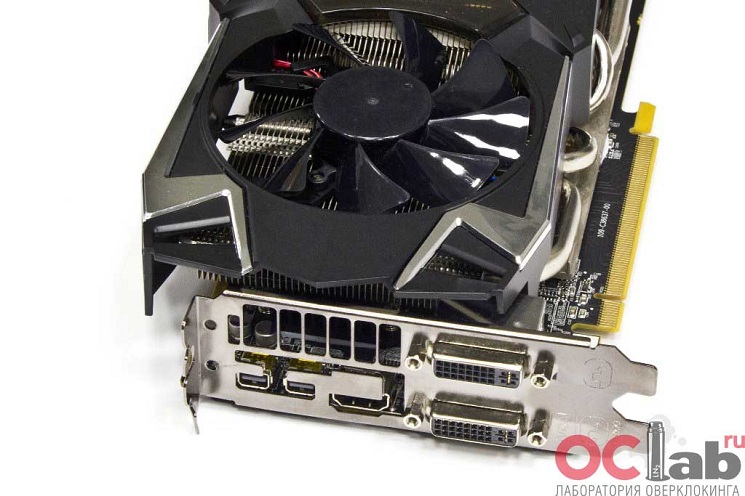 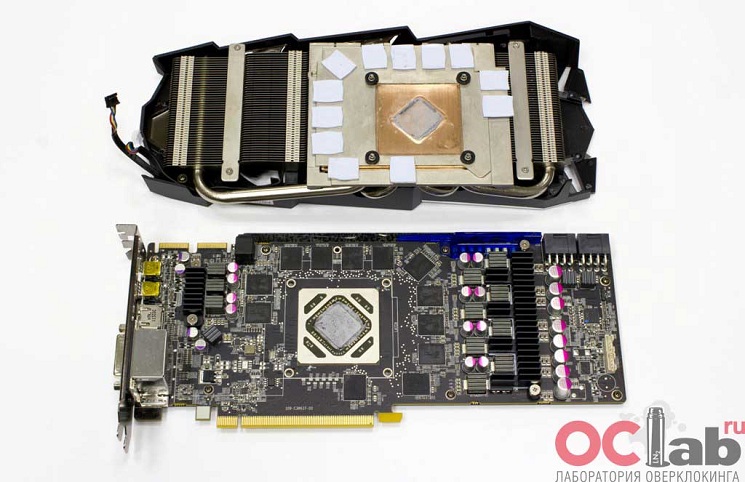 The vapour chamber plate cools the GPU and surrounding memory 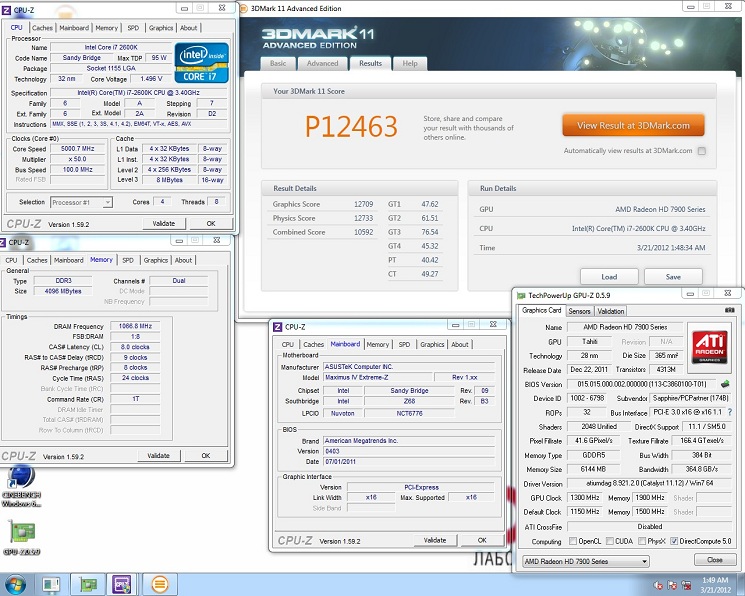 This graphics card will feature a 1150MHz core out the box with 1500MHz GDDR5 memory and comes with dual-BIOS. The Sapphire HD 7970 TOXIC was overclocked on stock cooler to 1300MHz/1900MHz (Core/mem) and in 3DMark 11 managed to score P12463 in the performance preset.