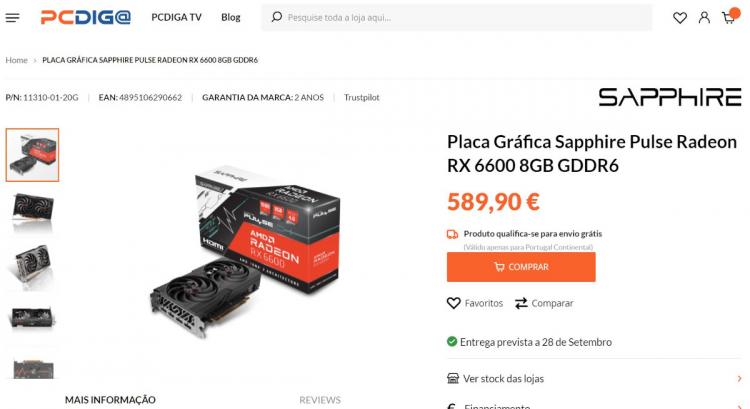 In the coming weeks AMD are expected to revealed the newest mainstream GPU in their RX 6000-series, and evidence to that eventuality continues to mount. The thus far largest piece of the puzzle was unearthed today as inveterate leaker Komachi_Ensaka spotted details of a pair of partner variants published in error ahead of time at European component retailer PCDIGA, giving confirmation of the card's existence (if not it's release date and likely price). Both sources have since been taken down, but the information was ably archived by Videocardz.com.

Sapphire's Radeon RX 6600 PULSE looks to be compact dual-fan design reminiscent of - but smaller than - the RX 6600 XT PULSE, its lesser performance requiring comparatively modest cooling. Images indicate that it's powered by a single 8-pin PCIe connector, and has a custom PCB similar to its larger sibling rather than relying on the reference board. As indicated by the full name each RX 6600 PULSE is equipped with 8GB of GDDR6 memory in this configuration, likely indicating a 128-bit memory bus. A detailed breakdown of the GPU and its performance characteristics is not provided.

Perhaps the most important piece of information revealed in this leak however is the price. PCDIGA had the card listed for a whopping 589,90, equivalent to approx. £509. Compare that to the £429.99 MSRP of the more powerful RX 6600 XT and you can see why it might raise more than a few eyebrows, even if this is a binned and factory overclocked version of a RX 6600. We could be seeing a placeholder ahead of anticipated availability next month, but unfortunately there's further corroboration of this price window out there. 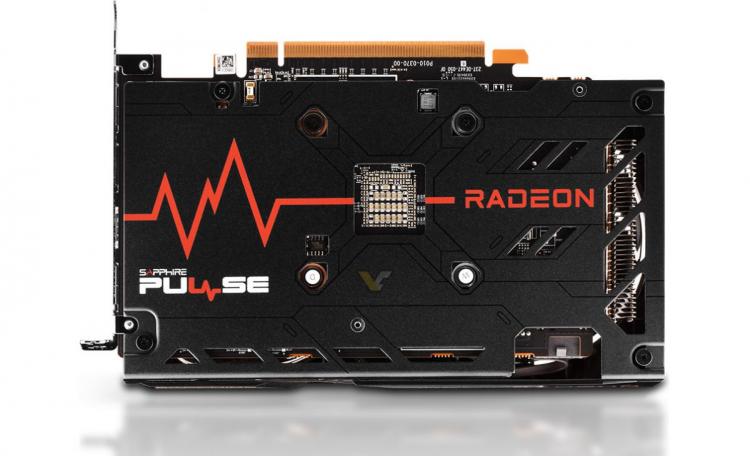 In their reporting Guru3D identified a second retailer listing an RX 6600 with similar MSRP. A Dutch etailer had an MSI RX 6600 MECH posted at 600,41 including Tax, very much in the same ballpark as the Radeon RX 6600 PULSE. Hopeful PC gamers may still be stuck spending well in excess of £500 for even mainstream desktop GPUs well into the Holiday season.

While pricing of desktop GPUs has continued to be exceptionally inflated, availability is much more widespread at this point in time. NVIDIA's GeForce RTX 3060 is plentiful at Overclockers.co.uk for instance and is available from £548.99, and as a consequence these two cards will be fighting it out come Halloween. With any luck stern competition and plentiful stock will force prices down sooner rather than later, but both are likely to be on shelves for at least £200 more than their MSRP in the short term.

There are currently 726 user(s) online:
Google