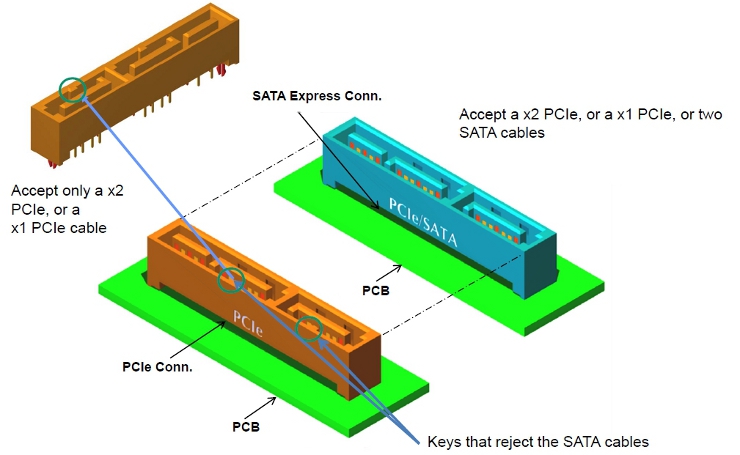 Solid State Drives are continuing to push the boundaries of storage transfer speeds in the consumer space. Seemingly every time you blink a new controller is released which ups the quoted read/write speed by another 50MB/s. The SATA3 standard hasn't been around for all that long and it's already being pushed hard by the latest high-performance SSD's reaching over 550MB/s, and with SATA3 allowing 'only' up-to a theoretical 6Gbits per sec (750MB/s) the race is on to develop and release an even faster standard. In the meantime manufacturers such as OCZ have developed their own proprietary or bespoke IO standards such as HDSL and the PCIe RevoDrive, but the cost of these solutions puts them out of reach to the general consumer.

SATA Express is currently in development by SATA-IO, the organisation which guides manufacturers on implementation of the SATA standard. SATA Express should provide transfer speeds from 8Gbits/s to 16Gbit/s, a fair bit of breathing space for the ever-increasing speed of SSDs without relying on bespoke solutions. It seeks to provide the needed improvement by "combining SATA software infrastructure with the PCI Express® (PCIe®) interface" to leverage higher speeds whilst retaining compatibility with legacy SATA (i.e. SATA through to SATA3) and PCIe. Complementing other innovations such as SATA micro-SSD for embedded applications, mSATA for mobile platforms and SATA USM for consumer electronics; it will come under the umbrella of SATA3.2, a stepping stone to SATA 4 due later this decade.

SATA-IO expect SATA Express to be finalised by the end of 2011 and it should see the light of day in 2012. 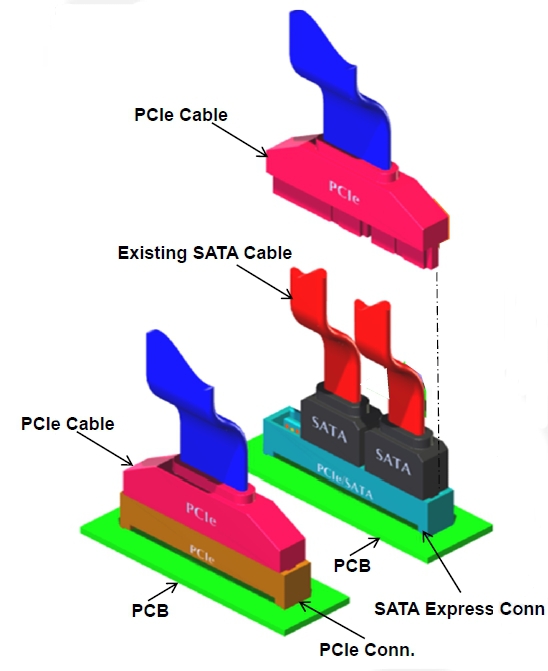