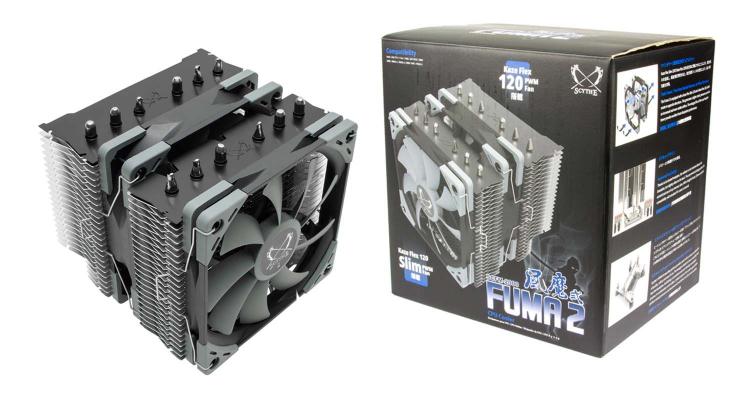 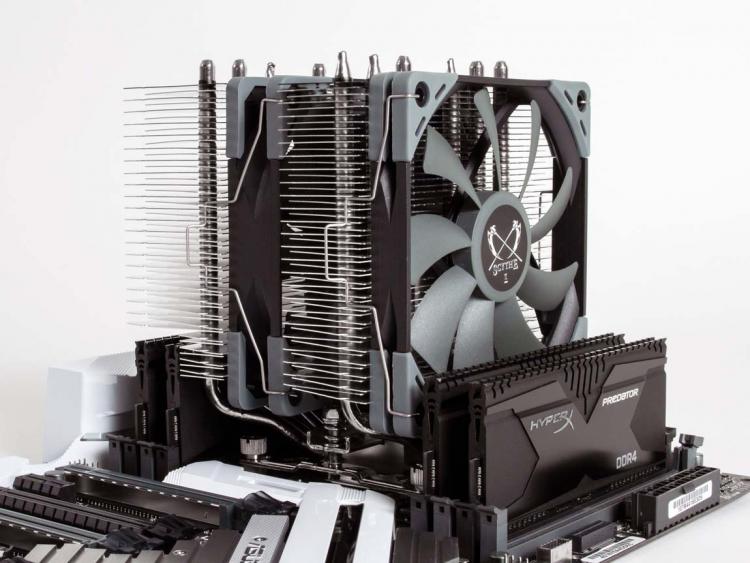 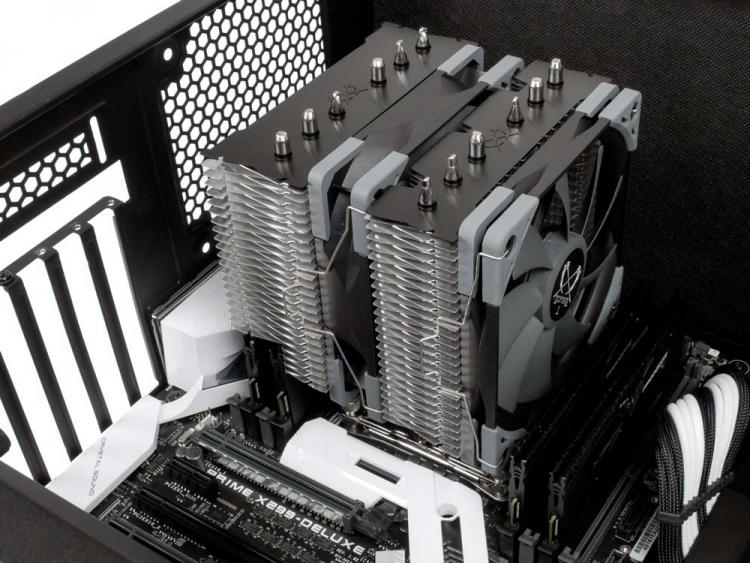 The Scythe Fuma 2 is the second-generation Fuma Twin Tower CPU Cooler that packs two solid fin packages and six high-performance U-shaped copper heatpipes that run through the solid copper base. It features an asymmetric heatsink design, where the two towers are offset to the side. This design allows the Fuma 2 to gain unrestricted RAM compatibility including HEDT motherboards with DIMM slots on both sides of the socket.