Scythe introduces the Mugen 5 PCGH Edition CPU cooler which has been designed and engineered in collaboration of the German PC Games Hardware Magazine team. The PCGH edition offers superior cooling performance as well as a quieter operation. Unlike the Mugen 5, the PCGH edition is bundled with two Kaze Flex 120 PWM fans with a dynamic fan RPM range of 300 to 800. With the two-fan upgrade, the Mugen 5 gets a more effective push-pull fan configuration thus increase the coolers cooling performance. Also, Scythe is proud to announce that the Mugen 5 PCGH edition will support the new AMD AM4 socket for the new Ryzen processors.


The Mugen 5 PCGH Edition with its two cooling fans offer superior cooling performance than the Mugen 5. Aside from the improved cooling performance, the PCGH Edition also runs quieter with noise levels reduced from 24.9 dBA down to only 14.5 dBA. The combination of improved cooling and reduced noise levels sure is an impressive set of improvements for the new cooler. 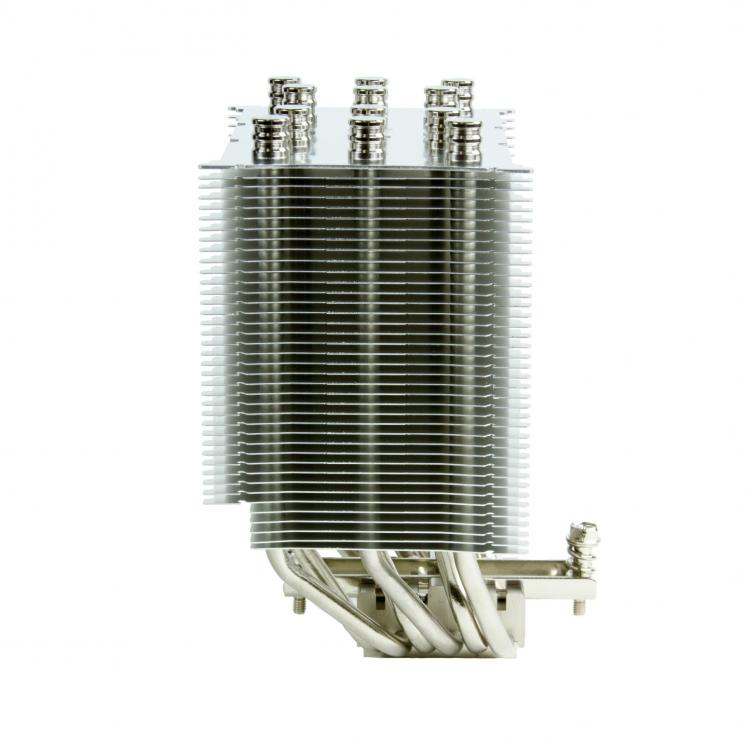 The Mugen 5 PCGH Edition also gets a visual overhaul with the fans having an all-black frame and fin design leaving it with a much neutral colour. The bundled fans also have an improvement with it using the newly developed self-contained liquid Sealed Precision FDB bearing technology. This significantly reduces the friction of moving parts inside the bearing thus reducing wear and tear and improving the longevity of the mechanism. With this, the average lifespan is increased to reach up to 120,000 hours of operation.


To further reduce noise as well as vibration, special rubber-insulators are installed in the fans frame corners. This absorbs vibrations and improve stability of the cooler overall. There are other changes done on the PCGH Edition such as the shortened fins at the rear of the cooler to improve DIMM clearance.