Seagate now have 8TB Archive HDDs available and the price is really quite staggering. They aren't the fastest drives and only spin at 5,900 RPM but what they lack in speed they make up for in value. At only $260 for 8TB you are looking at approximate 3 cents per GB. 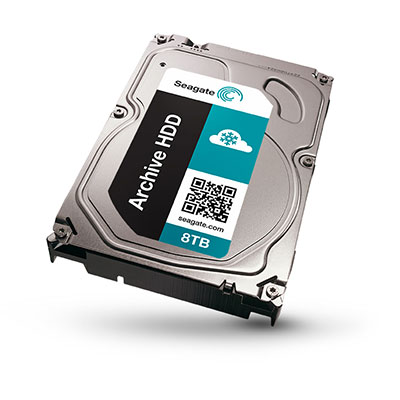 The drives use a new technology called Shingled Magnetic Recording (SMR) which essentially lets the drive store more data on fewer platters but at the cost of speed. Using this technology an 8TB drive only has 6 platters instead of the 8 it would ordinarily need.

The drives won't be available to consumers until early January 2015.

What do you think? Is this something you need and would buy?