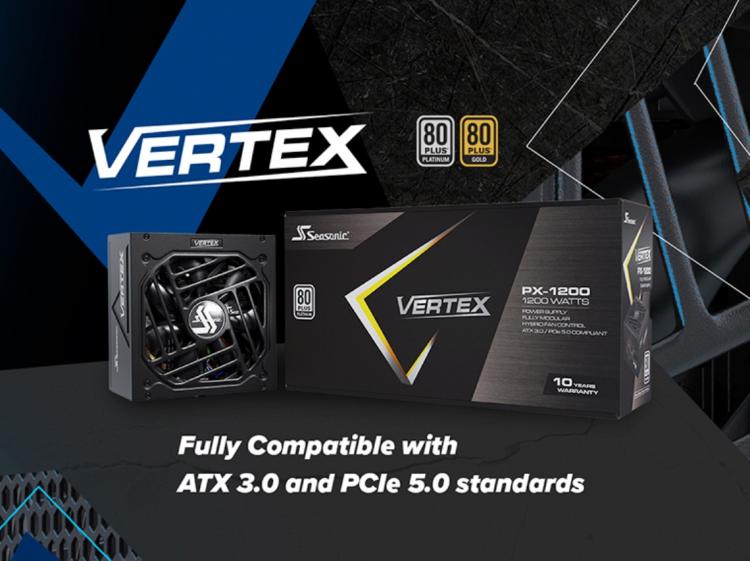 After the launch of the new NVIDIA GEFORCE RTX 40 Series comes the demand for PSUs with PCIe 5.0 12VHPWR support. Seasonic is the next brand the release a new line-up of power supply units with Intel ATX 3.0 and PCIe 5.0 standards after XPG, SilverStone, and Thermaltake. We expect more new PSU Series coming from other brands very soon. Seasonic launches the new VERTEX Series, available in Platinum and Gold-rated units and from 750W to 1200W models. Seasonic chooses a new Series name for this new line-up which is likely to help buyers to identify immediately which has ATX 3.0 and PCIe 5.0 specifications by not integrating these with the existing PRIME and FOCUS Series.

On the heel of NVIDIAs recent announcement about the release of the new GEFORCE RTX 4090 VGA cards, we entered a new era, where the power supply, more than ever, has an important role to play. Issues such as VGA excursion power and cable integrity (now with high-grade 12VHPWR connectors) should be resolved.

The new VERTEX Series units will provide 1200 W / 1000 W / 850 W and 750 Watts of true power in both Platinum and Gold levels of efficiency, with all the best features you can expect from a Seasonic power supply: