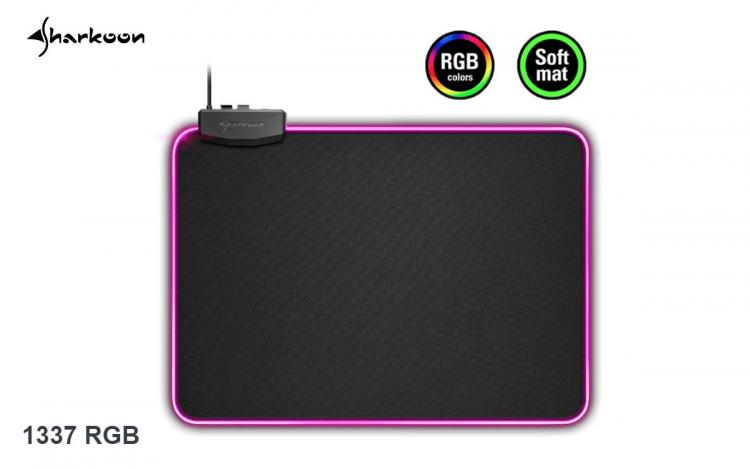 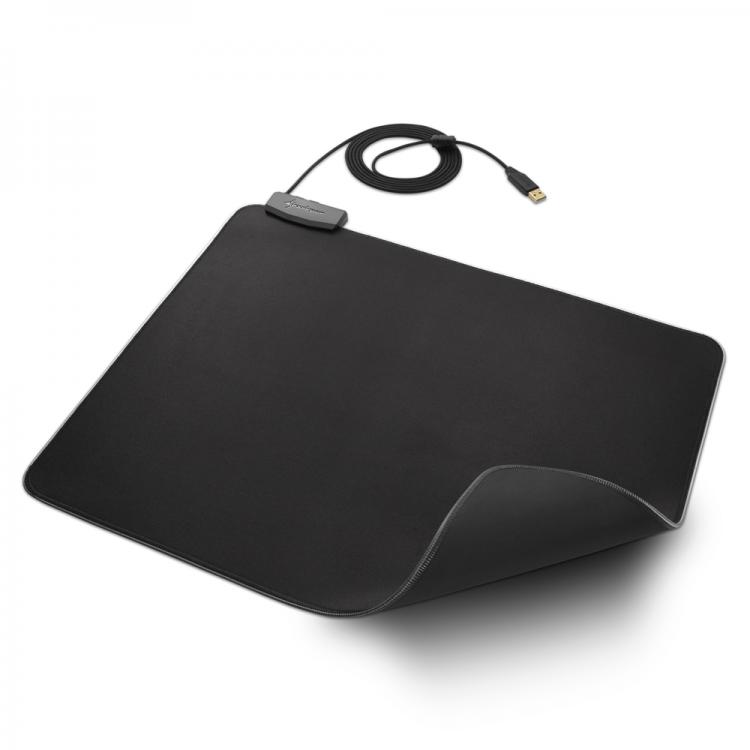 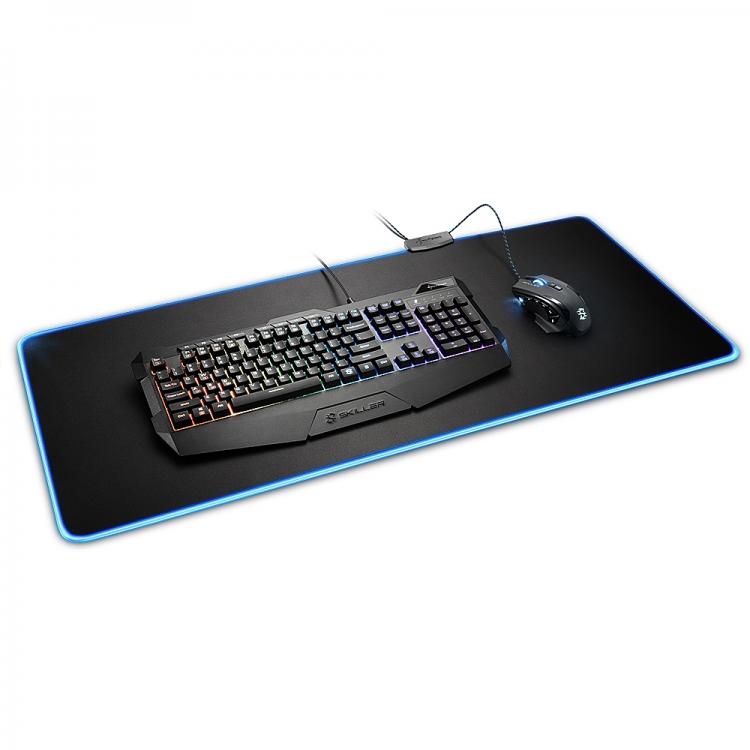 The Sharkoon 1337 RGB is an expansion of the popular 1337 series mouse mat, now with an eye-catching RGB illumination. The robust textile surface features an optimum glide with the mouse peripheral to aide gaming.