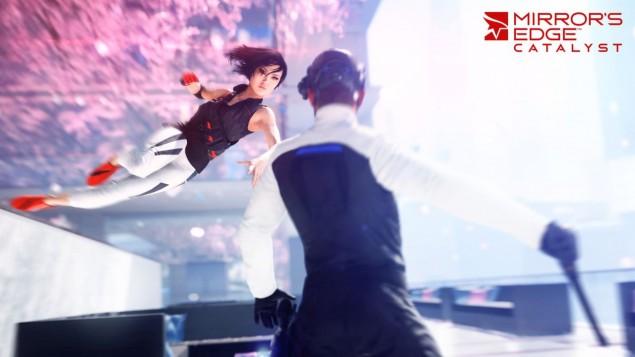 The first Mirror Edge title came out 9 years ago, and now it's time for the sequel. Today EA announced the opening of the closed beta for Mirrors Edge: Catalyst.

The closed beta is available for the Xbox One, PlayStation 4, and last but not least PC, the beta still has no confirmed release date. But is speculated to release between now and the official release date in May.

What's going to be new about Mirror's Edge: Catalyst you my ask well here is some quotes from the developers:

Weve completely removed that aspect of the game. You cant even pick them up.


EA and developer DICE have created a new combat system that emphasizes melee combat, and Jansson continues:
Faith will fight, but she doesnt kill,

Now the fighting is more of an extension of the movement. It builds on the flow. It fits a lot better with the game mechanics. When Faith is in flow, when she stitches together move after move without failing and keeps her momentum going, shes actually invulnerable to bullets. That can keep her out of harms way. Its only when she stops that she can get hurt.

Mirrors Edge Catalyst will be available on February 23, 2016, at retail and for digital download on Xbox One, PlayStation 4 and Origin for PC.