SilentiumPC Engage in Twin-Tower CPU Cooling with the Grandis 3 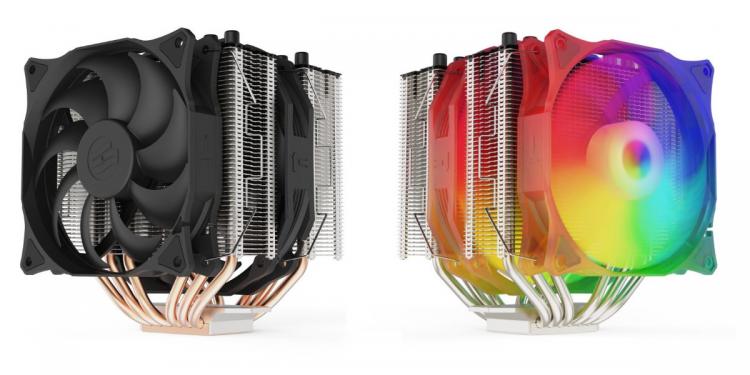 12.05.2020 - Warsaw, Poland - The European manufacturer of CPU coolers, power supplies and PC cases, SilentiumPC], is launching a very powerful twin-tower cooler Grandis 3 in two versions. Compared to its predecessor, the thermal efficiency of the Grandis 3 has been further increased and the overall package further optimized. The two supplied fans, one of which measures 120 mm and the other 140 mm, are tuned to better match the Grandis 3 and thus ensure lower operating noise while maintaining high static pressure. Furthermore, all copper elements of the Grandis 3 EVO ARGB are additionally nickel-plated and supplied fans are made for superb lighting effects thanks to addressable RGB LEDs. The two Grandis 3 models are the spearhead of SilentiumPC's air cooler portfolio and compete directly with on-market high-end models at a very competitive price point.

The Grandis 3 builds on the proven heatsink design of the Grands 2 and comes with many improvements. Total of six high-quality copper heatpipes are forming the foundation, which connect the two aluminum fin packages with the new base plate. The copper baseplate, on the other hand, is significantly higher and enables optimum contact with the heatpipes. This allows the heat transfer from the processor to be dissipated even more efficiently.

The Grandis 3 is bundled with a Sigma HP RGB 120 mm PWM and a Sigma HP RGB 140 mm PWM fan. The speed range of the two fans is matched to each other, which ensures a pleasantly quiet noise level during operation. The black top plate defines a coherent design in combination with the two attached fans.

Thanks to its many performance features, the Grandis 3 is perfectly suited for cooling modern processors with high Thermal Design Power (TDP). Processors with 10 as well as 12 cores are covered by Grandis 3 platform, which also offers sufficient capacity for overclocking purposes. 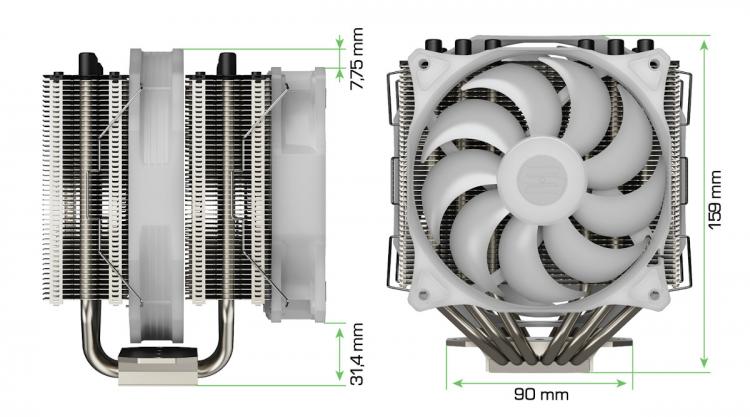 This allows for breathtaking visual effects and very wide color gradients. Thanks to the compatibility with all common mainboard RGB lighting systems, the fans can be easily combined and synced with other ARGB components. The compatible ARGB systems include Asus AURA, ASRock POLYCHROME SYNC, Gigabyte RGB Fusion and MSI MYSTIC LIGHT. Furthermore, the fans are able to generate high static pressure thanks to the specially shaped rotor blades, while the robust hydraulic bearing guarantees smooth and quiet operation.