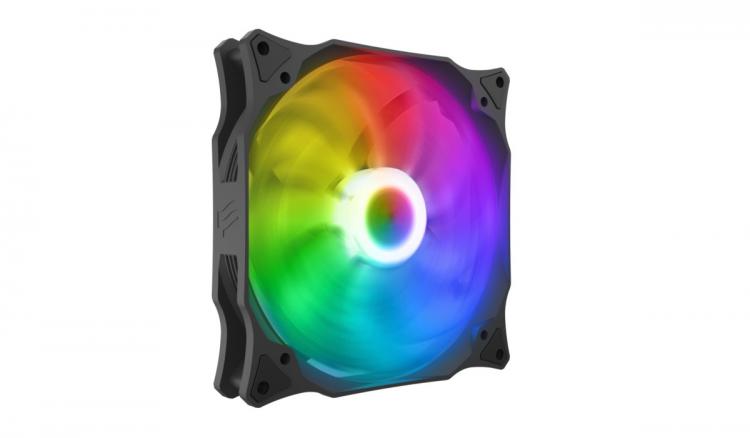 24.06.2019  Warsaw, Poland  The European PC case and cooling manufacturer SilentiumPC adds the new Stella HP fan series both as an RGB-enabled and ARGB-enabled product line to its portfolio. The new lines are based on the same PWM-enabled fan, which features the HBS (Hydraulic) bearing, excellent efficiency, high static pressure and built-in anti-vibration rubber grommets. The Stella HP RGB as well as the Stella HP ARGB series are available in the mainstream fan sizes 120 mm and 140 mm.

With the Stella HP ARGB, SilentiumPC is able to deliver the ultimate RGB experience for modern PC systems by utilizing nine bright, addressable RGB LEDs in the translucent fan rotor with nine specially profiled blades. Full sync with components such as motherboard, RAM or even chassis is possible thanks to the fact that the SilentiumPC Stella HP ARGB fans are equipped with a standardized 3-pin ARGB connector, which is compatible with the majority of ARGB motherboards' sockets. 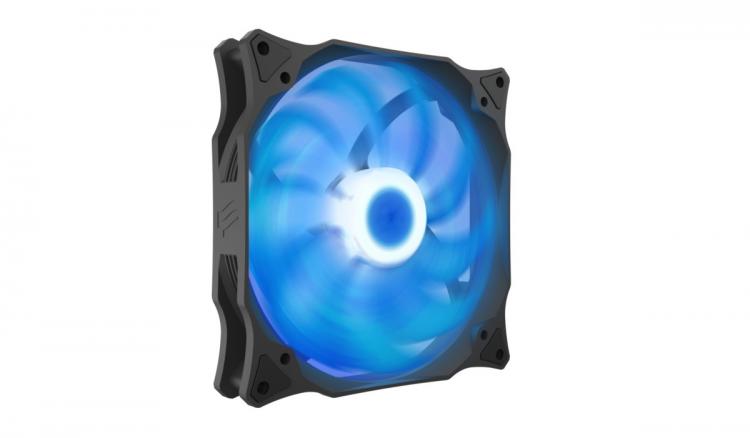 The Stella HP RGB fan series uses 9 bright RGB LEDs, located around the fan rotor, in order to provide stunning RGB lighting in virtually any color, which can be combined with various effects. Users are able to sync the color and apply effects, by simply connecting the fan to the standardized 4-pin RGB connector of RGB-enabled motherboards. Further fine-tuning and adjustments can be made using the motherboard RGB controller software, such as ASRock RGB LED, Asus Aura, EVGA RGB or MSI Mystic Light.

In addition to that, it is possible to control the lighting using the separately available SilentiumPC Nano RGB Controller, Aurora Ii RGB-302 Controller or the Aurora Sync as well as Aurora Sync PRO controllers, which are pre-installed in selected Armis TG RGB PC cases.

Both the Stella HP ARGB and the Stella HP RGB fan series is available in the sizes 120 mm and 140 mm. The fans are designed with the focus on efficiency and high static pressure, which makes them a great choice not only for computer cases, but also for radiators of liquid cooling kits (e.g. AiO) with densely packed fins and regular air-coolers, where they will illuminate any tastefully composed computer build. Each of the Stella HP RGB and ARGB PWM fans is equipped with a PWM and (A)RGB splitter, located at the end of the cables. It allows for linking fans with each other and synchronization of their current parameters, such as speed and color.

All of the Stella HP fans support PWM control, allowing convenient and automated control of fan speed, depending on the temperature of the CPU. A properly set and configured fan speed curve in the motherboards UEFI will provide a highly satisfying performance and noise level for every user. The 140 mm models are operating in the fan speed range between 800 and 1.800 RPM whereas the 120 mm models rotate at speeds from 800 to 2.300 RPM.

The SilentiumPC Stella HP RGB and Stella HP ARGB fan series is available as of today.