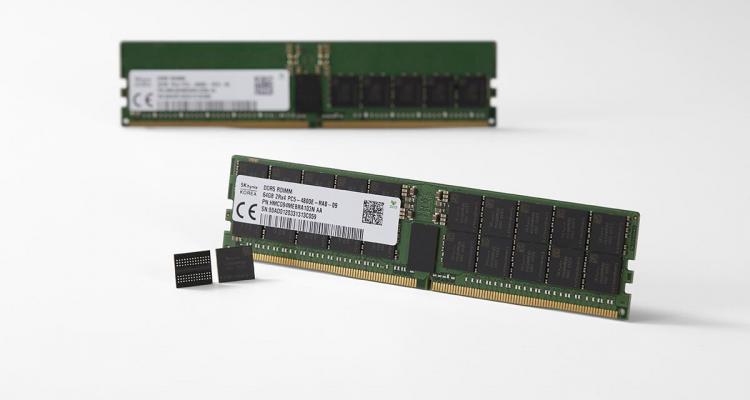 SK Hynix announces its launch of the worlds first DDR5 DRAM, optimized for machine learning (ML), artificial intelligence (AI), and big data. The development of the 16 Gigabit DDR5 DRAM module was first announced in November 2018. Since then, various tests have been conducted with major partners including Intel. SK Hynix has been collaborating closely with its global partners to verify the functions of DDR5.

Intel partnered closely with memory leaders including SK Hynix on the DDR5 spec development starting with early architecture concepts through JEDEC standardization, commented Carolyn Duran, Vice President of Intels Data Platforms Group and GM of Memory and IO Technologies. In addition, we worked collaboratively with SK Hynix on silicon development by designing and testing prototypes to ensure DDR5 meets its performance goals and is fully ready for our mutual customers.

SK Hynixs DDR5 supports a transfer rate of 4800 to 5600 Megabit-per-second (Mbps), which is 1.8 times faster than the previous generation DDR4 DRAM. It can transmit 9 full-HD (FHD) movies (5GB each) per second with a 5,600Mbps transfer rate. Its operating voltage is 1.1V being lowered from 1.2V of DDR4, which means that its power consumption is reduced by 20%.

Another notable specification of the SK Hynix DDR5 DRAM is Error Correcting Code (ECC) inside the chip that can correct even 1-bit-level errors by itself. With the ECC, the reliability of applications will be increased by 20 times. The Companys DDR5 also could build up to 256 Gigabyte (GB) capacity applying through-silicon-via (TSV) technology.

SK Hynix expects that these eco-friendly semiconductor memories will reduce both the power consumption and operating costs of data centres as DDR5 consumes less power and significantly improves its reliability. DDR5 demand is expected to surge in 2021.

There are currently 802 user(s) online:
Google