Sleek And Near Silent: The Cooler Master Silencio 650 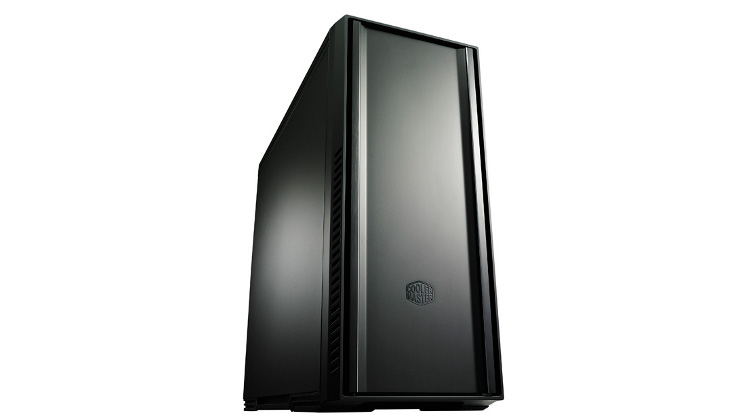 Quiet Computing is still a strong niche and Cooler Master obviously don't intend to neglect this market as they continue to refresh their case line-up this year. Brand new from CM today is the Silencio 650, the highest SKU in the Silencio range thus far and offering alternate styling and new noise dampening features over the 550 which was released last year.

The Silencio 650 is superficially similar to the 550, but the slight differences add up to a much more refined package. Gone is the glossy plastic door; the 650 instead features a high quality Aluminium alloy door/fascia with matt finish. Side panels continue to be totally without adornment - no fan mounts or flourishes - which is quite pleasing given the obsession many manufacturers have with adding fan mounts to side panels. The top panel will be the focus for many though: both the IO panel and top fan exhaust are hidden by sliding doors. Similar means of hiding these sorts of features have been area's of weakness on other chassis, it will be interesting to see how well Cooler Master can implement it. 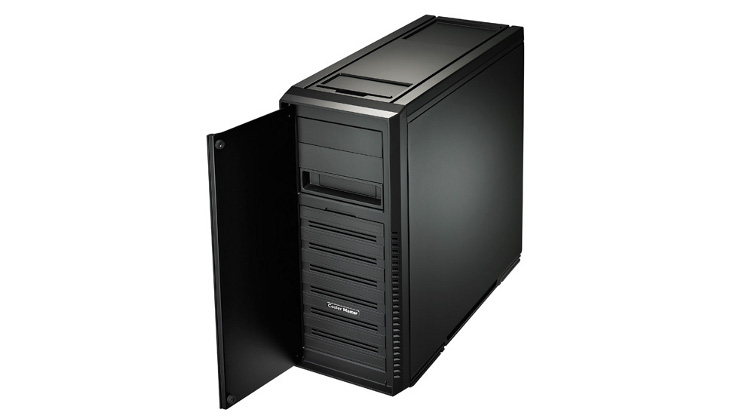 Each of these design elements serve the primary purpose of preventing noise from escaping, and rubber feet also negate the amount of vibration transmitted to the desk on which it stands. That the case look the part is a bonus, be a pleasant one nonetheless.

Behind the door are two 5.25" drive bays and an X-Dock bay for hot-swapping 2.5 and 3.5" drives, which in normal operation are typically hidden.

The top IO panel os the Silencio 650, filled with ports for external devices etc., has had a number of needed design tweaks from the 450 and 550. When we glimpsed the 650 at CeBIT 2012 we made note of two sliding switches and pondered their function, and it turns out that one is a fan controller that allows the user to tailor fan speeds between 700 and 1200 rpm. The second, named the DualBoot HDD Switch, switches the boot priority between two different SATA channels.

It's not clear if the DualBoot HDD Switch will be a particularly attractive innovation for the majority of users, but those using Windows and Mac dual-boot systems may see it as an absolute god-send.

As well as two USB 2.0 ports it includes two USB 3.0 with an internal header, the lack of which was a key weakness in the budget-orientated 450. Rounding out the 650's IO panel features are an SD Card reader, two USB 2.0 ports, and Mic and Headphone ports. 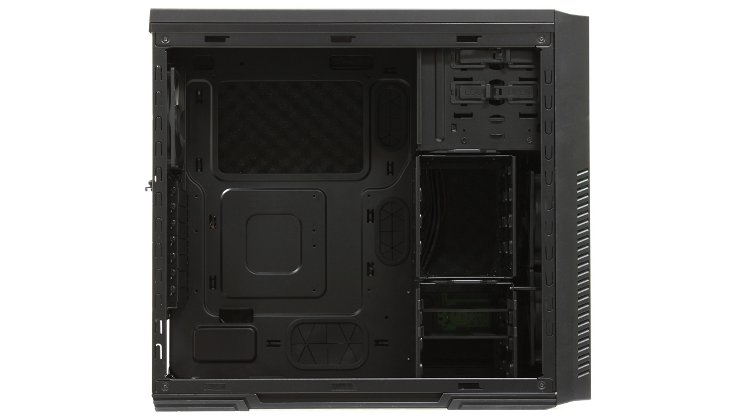 Even though the case lacks a window Cooler Master have painted the internals of the Silencio 650 black throughout. Immediately noticeable is the removable HDD cage, facilitating the installation of even the oversized dual-GPU cards from AMD and NVIDIA. When removed the lower HDD brackets still allow the installation of up-to three 3.5" drives, and the chassis package also includes two drive trays for 2.5" SSD's.

The chassis supports up-to ATX motherboards and includes space for seven expansion cards. The large CPU backplate cut-out is ideal for fitting larger CPU coolers, and grommeted cable management holes in the motherboard tray should make routing cables trivial. The maximum height for CPU cooler in the Silencio 650 is 168mm / 6.6", which to put in context is capacious enough for CM's 612S and 812 air cooler models as well as the Noctual NH-D14 and Thermalright Silver Arrow (based on listed specs).

As you might expect, top and side panels are fitted with sound-deadening foam (though it's not clear if the left-hand side panel is fitted with it). As it's a Cooler Master mid-range chassis we expect the build quality to be good, which is one of the main factors affecting the noise of an overall system.

Though somewhat restricted in cooling potential due to silence being the overall aim, the Silencio 650 still has room for up-to six 120mm fans (of which four are included) or a 140mm in the roof and front. In the majority of instance this is plenty for both overclocked CPU and toasty GPU, with more demanding usage scenarios probably more suitable for other chassis in any case. Fan intakes are filtered, naturally. Also as noted a fan controller is included, allowing you to dial-down fan speed as preferred. 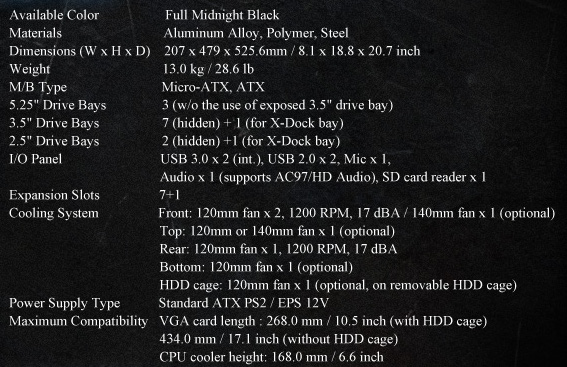 For more information on and images of the Silencio 650, visit Cooler Master's Silencio microsite.