I hate thermal grease. Its messy, sticky, hard to remove and stains everything it touches. Thankfully I don't have to change it that often and soon I may never have to use it again!

Sony have announced and shown a prototype of a thermal sheet whose thermal conductivity is equivalent to that of thermal grease.

The product life of the sheet, "EX20000C," is longer than that of thermal grease, which is degraded by pumping out, the company said.

The high thermal conductivity was realized by using silicon highly-filled with carbon fibers. The sheet is 0.3-2.0mm thick. Its thermal resistance is 0.4-0.2K·cm2/W (compressive load: 1-3kgf/cm2), which is 1/6 to 1/5 that of the "EX50000," Sony Chemical & Information Device's existing product.

"The EX20000C is the first sheet that has such a low thermal resistance," the company said. 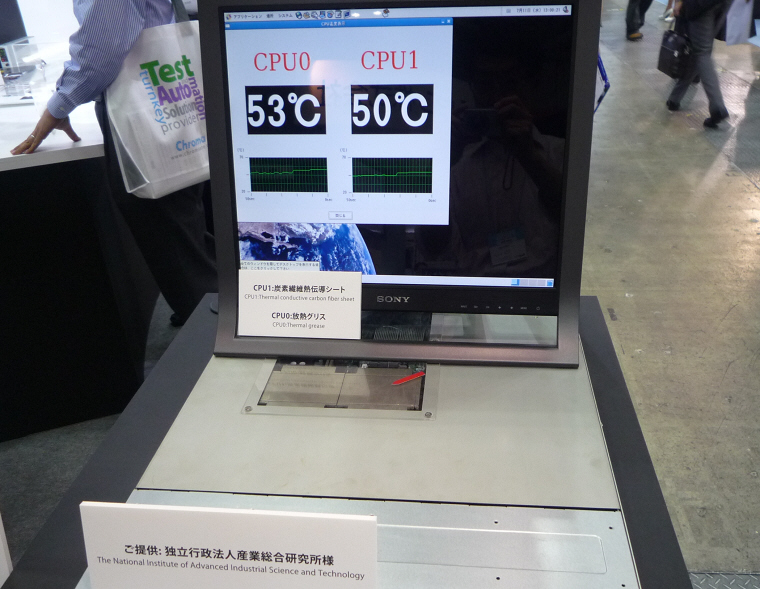 While this is still early days, I am fascinated by this product and am looking forward to hearing more about it in the future. Finally I can rid my life of thermal grease once and for all!

There are currently 670 user(s) online:
Google