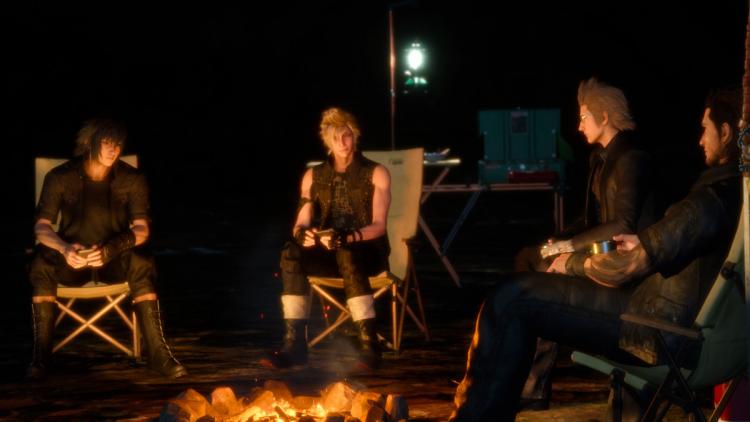 Earlier in the week Square Enix announced a released date of March 6th for Final Fantasy XV Windows Edition, and in parallel published minimum and recommended specifications for the game. At first glance the recommendations didn't appear too strenuous - a GTX 1060 6GB for 1080p gaming isn't terrible, although not everyone will be running 16GB system RAM in the mid-range. However it turned out that there is a wrinkle: the published guidelines are for running the game at 30fps at the given resolution, not 60.

Cue much wailing and gnashing of teeth. According to NVIDIA's pre-launch guidance you'll need a GTX 1070 or equivalent to run the game at 1080p60 at a High level of detail, a GTX 1080 for 1440p60 @ High, and with a GTX 1080 Ti at 4K you'll likely need to take quality levels down a few notches to reach a stable 60fps. That was, however, with a provisional build of the game and performance may improve before the game launches.

Alleviating our concerns somewhat is the news that Square Enix are taking the highly unusual step of releasing a standalone benchmark for FFXV well ahead of time. From February 1st you'll be able to download the benchmark from the Official Site, allowing you to experience 6 minutes of representative gameplay. If done properly, this should give all prospective owners a good idea of how well the game will run on their system long before they buy.

Sadly, what it can't do is magically reduce the price of GPUs or memory if your system isn't up to snuff.

Such stringent requirements once again highlight the value of adaptive refresh rate technologies such as NVIDIA G-SYNC and AMD FreeSync. If you can maintain a frame rate that is there or there-about's adaptive refresh rates will smooth out tears and hitching for a far more pleasant and immersive experience that such a great-looking game deserves.

There are currently 336 user(s) online:
Google