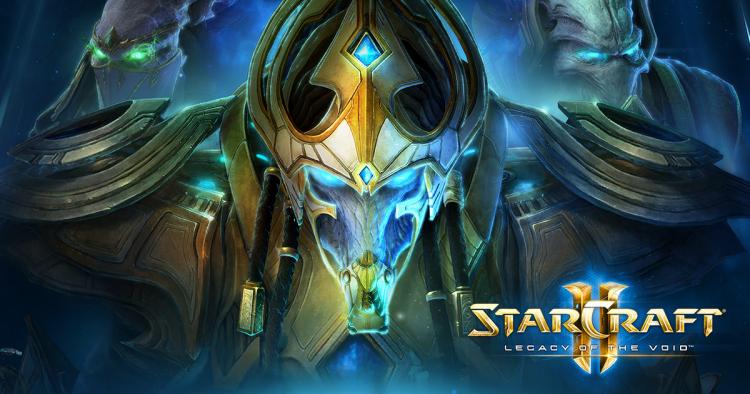 The Starcraft II World Championship Series Season 3 finale was held over the weekend in Poland, pitting some of the best European and American players against one another ahead of the Global Finals at BlizzCon 2015. Coming in first was French player David "Lilbow" Moschetto, who defeated Grzegorz "MaNa" Komincz in a best-of-seven Protoss mirror-match. Just before this final however Blizzard had something special to announce:


It's something of a tradition these days for Blizzard to show off the opening cinematic of an imminent game at major gaming events, and they didn't disappoint this weekends' viewers hungry for some news of Legacy of the Void. The last Starcraft II expansion, LotV will conclude a story which began with Wings of Liberty in 2010, focussing on the Protoss race as they carve their own place in the galaxy.

In addition to the cinematic it was revealed that the expansion would be released on November 10th, three days after BlizzCon 2015 and the WCS Global Finals. In addition to the deep single-player campaign LotV will also bring new units and balance changes, potentially revitalising a multiplayer experience which has remained relatively unchanged since 2013's Heart of the Swarm.

Legacy of the Void is currently available to pre-order from Battle.net and major retailers for approx. £40/$60, and is a standalone expansion pack which doesn't require the previous titles in the series to play.