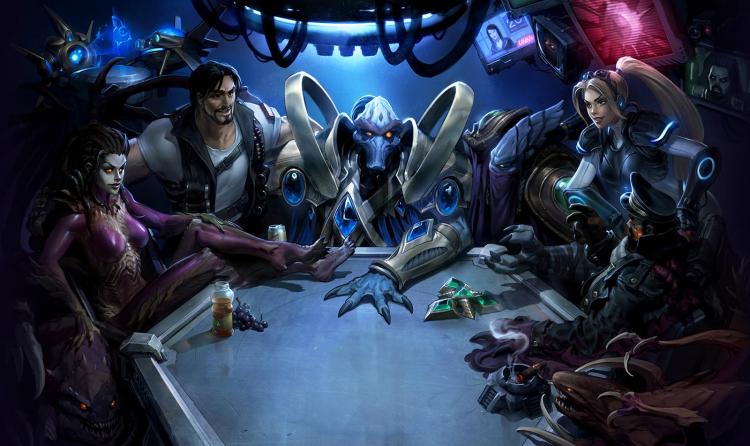 StarCraft is turning 20 this 31st of March 2018 and Blizzard plans to celebrate this milestone throughout the month along with fans, community and players. There will be live streams, interviews with professional StarCraft players from around the world, bonuses and goodies in all of Blizzards games and more!

Blizzard will debut the StarCraft Is Life: 20th Anniversary Celebration on the 31st of March which features interviews with pro StarCraft players from across the world.

There will be a live stream on March 30 to 31 in celebration of the 20th anniversary of the game which will feature old and new StarCraft personalities. Viewers on Twitch can earn a commemorative skin and win StarCraft II goodies.

Goodies and Bonuses Across All Blizzard Games

During the monthlong celebration, you can grab different kinds of goodies and bonuses on your favourite Blizzard game.

- Heroes of the Storm: Entering the fray will earn you a Protoss, Zerg, and Terran portrait and will test your mettle in StarCraft-themed Brawls. A new Hero from the StarCraft universe will also be coming to the Nexus soon!

- Diablo III: Call down the Hyperion to Tristramin a manner of speakingwith the new Battlecruiser pet.

- World of Warcraft: WoW players can stand up and be recognized when they /salute one of the following StarCraft-themed companion pets: Zergling, Grunty, Mini Thor, Baneling, or Zeradar.

- Hearthstone: Get ready for a StarCraft-inspired Tavern Brawl later this month.

For news on all things related to the StarCraft 20th Anniversary, head over to www.starcraft2.com/sc20.