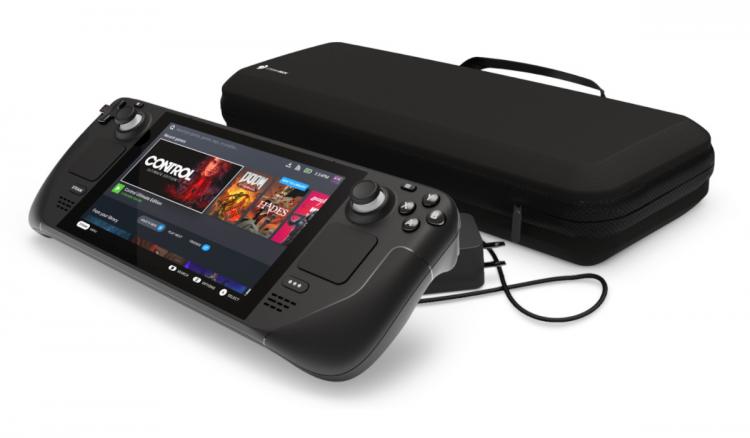 Valve have finally revealed that the long-awaited Steam Deck, a hand-held PC powered by AMD APU and a Linux-variant SteamOS, will begin shipping on February 28th. Via a community post they also indicates that the first batch of order confirmation emails will be sent out on February 25th, and the initial wave of units will be sent out shortly after.

Hello, the day is almost here! On February 25th, we will be sending out the first batch of order emails to reservation holders. Customers will have 3 days (72 hours) from receipt of their order email to make their purchase, before their reservation is released to the next person in the queue. The first units will be on their way to customers starting the 28th, and we plan to release new order email batches on a weekly cadence.

In addition, we're sending out press units for full review shortly. Press review embargo on Steam Deck coverage will lift on February 25th, but keep an eye out for some preview coverage and impressions before that. In the meantime we're working to tie up the last few loose ends and polish some rough edges, and are excited to get these out to you at the end of next month!

Additional details for the curious:

- We will start sending invites shortly after 10:00 am on February 25th, PST
- Order emails are sent in the same order that reservations were made.
- You can only order the Steam Deck model that you originally reserved.
- Your reservation deposit will be applied to the final price of Steam Deck, and shipping costs are included.

In November Valve announced that the Steam Deck would be delayed from its original December 2021 shipping date. Citing material shortages and supply chain problems, the developers of the hardware needed to push back shipping but didn't reset the reservation queue as a whole. First-come, first-serve would still apply for the retail models.

Valve will also hopefully update customers further back in the queue with an ETA for when their own orders will begin shipping. As of today new Steam Deck reservations are expected to be fulfilled 'After Q2 2022', so hopefully most of those not in the first wave will get theirs before the second half of the year.

More information on the Valve Steam Deck, including specifications of each model, can be found at store.steampowered.com/steamdeck. Information on SteamOS meanwhile is available here