Black Friday Sales are the order of the day (or perhaps week) at UK and US retailers as we head into US Thanksgiving, and so it's no surprise to see Valve get in on the action with the Steam Autumn Sale. It is however a short one this year (much like the equivalent sale on the Epic Games Store that runs until Nov. 30th); the reduced prices are set to last only until the start of December.

The Steam Autumn Sale splits the titles along broad thematic or genre lines, but just browsing through the front page immediately reveals some excellent games with pretty significant discounts. The immediate highlights are a trio of indie games from recent years with up to 50% off: deep RPG Disco Elysium - The Final Cut, first person space mystery Outer Wilds, and Roguelite tour de force Hades, any of which would be a tremendous pick-up this year. In fact, the Hades soundtrack alone is well worth the price of admission.

If you're after something a little more AAA then look no further than Monster Hunter World, a snip at £16.49. Alternatively there's STAR WARS Jedi: Fallen Order, the first franchise title in a long time from EA to receive near universal acclaim.

Of games released in the last year Deathloop for just £24.99 looks very attractive. It was released to a positive critical response, but thus far has really failed to find its audience; maybe now is a good time to give it a look. Alternatively, if local co-op adventure is something you'd love to try, then look no further than It Takes Two.

And, as befits a Steam Sale, there's plenty of titles to be picked up that'll cost you less than a box of PG Tips. Terraria for instance is still being updated despite being more than a decade old now, and Darkest Dungeon puts a unique twist on the Roguelite style of gameplay flow that will get you ready for its sequel in 2022. Someone to satisfy anyone, no matter there budget, can be found deep in that list of titles. 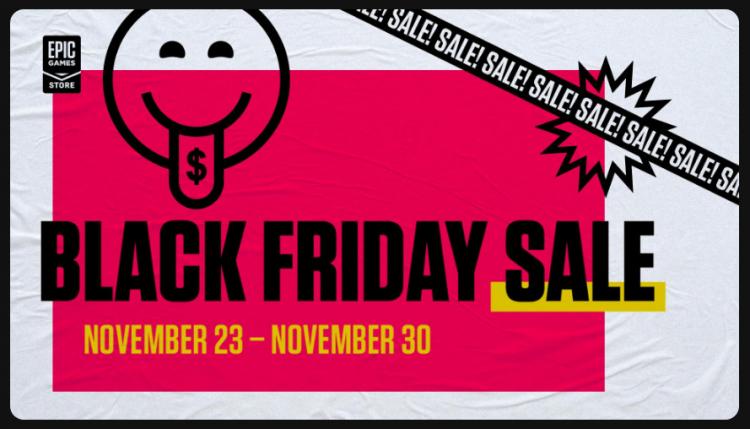 Finally we should also mention Epic's own Game Store Black Friday sale which ends on November 30th. The big highlight might be Red Dead Redemption II, or perhaps Hitman III, which can be picked up for £27.49 and £19.99 respectively. Otherwise you might instead want to check out Prey, Horizon Zero Dawn, or Assassin's Creed Valhalla, ranging from a little over £10 to just under £25.

And while you're there don't forget to pick up the free games on offer. Card-based dungeon-crawler Guild of Dungeoneering, audio/visual experience KID A MNESIA EXHIBITION and platformer Never Alone (Kisima Ingitchuna) are each yours to own if claimed before 4pm GMT on Thursday 25th, at which time the promotion will tick over to a new (and slightly less wholesome) selection.

So if you're tired of first-person-shooters, or the mixed quality of some recent triple-A releases, check out this weeks sale and broaden your gaming palette.