Kicking off CeBIT 2011, SteelSeries, the leading global manufacturer of gaming peripherals, announced today the new SteelSeries Siberia v2 for PS3®. The headset, which is also compatible with Xbox 360®, PC and Mac, will provide gamers with superior comfort through its leather earcups and over-the-head, lightweight suspension; impressive audio reproduction with for optimal directional sounds; along with the convenience of independent audio/voice volume, and the new, multi-level settings of SteelSeries LiveMix.

Premium quality features and versatility for multi-platform gamers is what distinguishes our new headset apart from all the rest. Weve combined the comfort and superior soundscape of the Siberia v2 headset that PC and Mac gamers have come to praise and integrated it with original function and features like multi-level LiveMix for Xbox 360® and PlayStation® 3 gameplay, creating the ultimate universal headset option for both computer and console gamers.
Bruce Hawver, SteelSeries CEO.

The lightweight SteelSeries Siberia v2 for PS3® features 50mm driver units for superior sound reproduction of the optimized gaming soundscape. The SteelSeries signature retractable microphone system picks up clear, unidirectional voice communication and can be easily stored in the left earcup when not talking with teammates and just listening to your game or entertainment.

Located on the cord, the SteelSeries Siberia v2 for PS3®features an in-line AudioMixer with controls for independent voice and game volume as well as SteelSeries LiveMix features. The in-line remote allows the LiveMix feature to be accessible to all platforms from Xbox 360 and PlayStation 3 to PC and Mac. Unique to the new headset, gamers will have the ability to select between four LiveMix settings from OFF to HIGH. The LiveMix levels range from OFF, which is unaltered in-game and voice sound to LOW (game sound is reduced by 5db when your teammates are talking), MEDIUM (game sound is reduced by 15db), to HIGH (game sound is reduced by 25db). By providing optional levels of LiveMix, users will have the ability to control how much of the game sound they want to hear balanced over the voice communication. By employing this method of reducing game volume, instead of increasing voice volume, the user is never subjected to higher volume than desired. 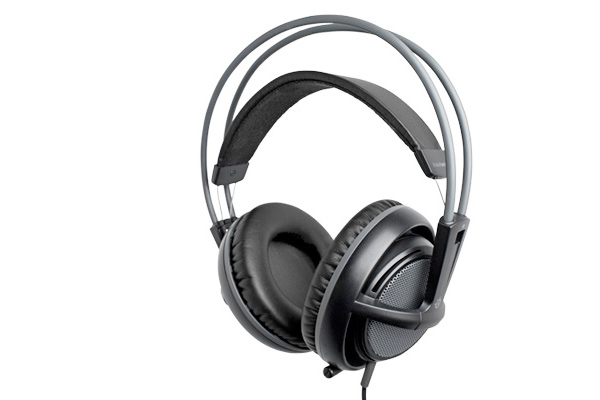