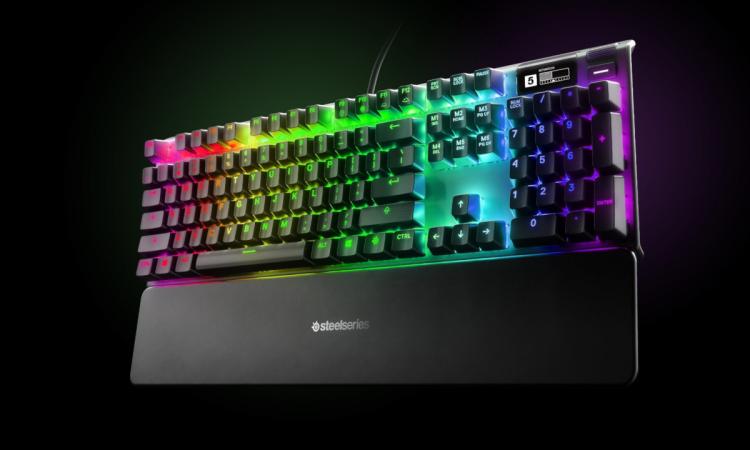 With all the announcements of new core PC system hardware we've not had much of an opportunity to talk peripherals, so where better to go to next than SteelSeries? The team are at Computex this year debuting new models in their Apex mechanical keyboard series, and this time there's far more to them than meets the eye.

SteelSeries mechanical keyboards have been a mainstay of the enthusiast and gaming space since the renaissance of mechanical switches in the late 2000's and early 2010's. They were attractively priced and exceptionally durable, standing them in good stead as the market broadened with an influx of new PC gamers.

This year they're at Computex to showcase the updated Apex keyboard line, starting with the Apex 7 and Apex 7 TKL (and being SteelSeries they already have web pages for the new products ready to go). Both standard and tenkeyless Apex 7 keyboards boast an aluminium unibody chassis design, echoing other premium entrants in the market but with a less hard-edged aesthetic. If you desire sinuous curves on your durable frame the Apex 7 is a good place to start, but that's not the whole story. 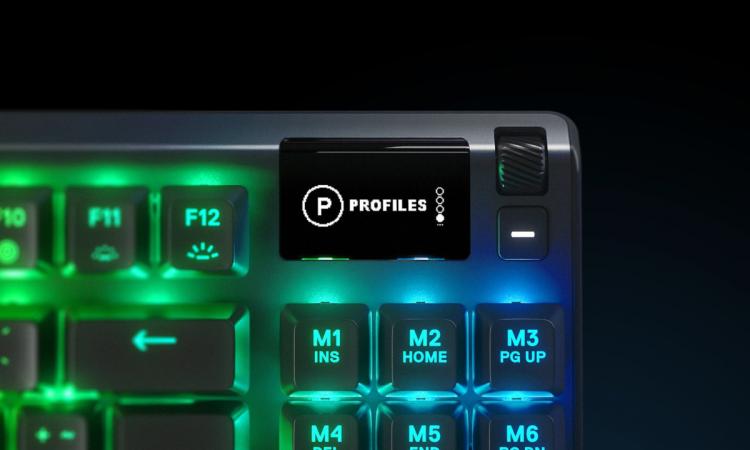 Pushing the innovation envelope is an interesting addition to the design: an integrated OLED smart display. Although mini displays have gained increasing prominence in their mouse range, including the Rival 710, so far as we're aware this is the first time the feature has made it into their keyboards. It seems like a natural fit too; as a configurable display you'll be able to use it to look-up in-game stats and other pertinent data, and appears to be far more conveniently placed just outside of your natural field of view.

It's also interesting to note that SteelSeries continue to equip gaming keyboards with their own QX2 mechanical switch. Available in linear 'Red', tactile 'Blue' and tactile quiet Brown styles, they should be familiar experiences to those used to Cherry's equivalents. In other aspects they fulfill the usual enthusiast expectations, particularly as regards to per-key RGB LED lighting and software support.

But speaking of switches, for years Cherry has been the dominant name in the market, particularly their MX lineup which are prominently featured in consumer models for a vast swathe of brands. However in recent years dedicated manufacturers have begun to develop their own designs, particularly as Corsair claimed timed exclusivity for a number of brand new swtiches from Cherry. Of these first party developments some (such as the QX2) have been only subtly different from the most popular type, others a significant departure. For SteelSeries, I think we can chalk up the second of their new developments squarely in the latter category. 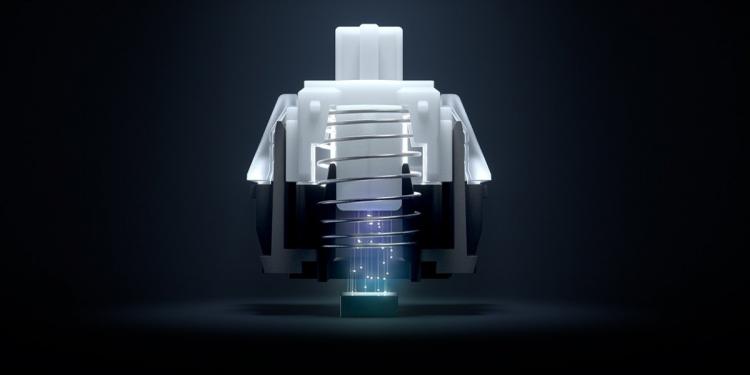 Debuting with the Apex Pro keyboard series is the OmniPoint switch, a big new development in the switch ecosystem. Rather than the tried and tested method of closing a switch by bringing together two metal contacts, it instead utilises magnetic field sensors (i.e. Hall Effect sensors) to continuously measure the absolute distance between switch base and keycap as the key is pressed.

In gaming, the shorter the actuation distance is, the shorter the time for response and reaction can be. Ideally the actuation distance could be very near zero, but different users tend to have different habits which could cause a misfire if keys were too sensitive. Using OmniPoint switches and fancy SteelSeries developed firmware it's possible to set the switch actuation point to be a completely arbitrary distance, including much shorter than the 2mm typical of Cherry MX; hence 'OmniPoint' as in 'all-points'.

OmniPoint switches can have actuation as short as 0.4mm or as long as 3.6mm, depending both on use case and user preference. But best of all these actuation points are user-adjustable and configurable on a profile or per-application basis. Need fast reactions for a multiplayer FPS? Set it to as short as you can possibly handle. Working on the PC and need accurate typing with no misclicks? Set it to near the max.

One thing that Omnipoint cannot do however is decrease the full stroke distance from rest to pushing fully up against the switch backplate, so the short actuation distance will take some getting used to if you're particularly heavy on your keystrokes. If possible, you'll want to develop a lighter touch to keep your keystroke travel distance low. That puts it in contrast to the Cherry MX Speed, which reduces the maximum travel distance by shortening the key as a whole.

On the flip side, a lack of any metal-on-metal contact should mean vastly improved life-span. OmniPoint is rated at 100 million keystrokes, compared to half that on Cherry MX and equivalent mechanical switches. 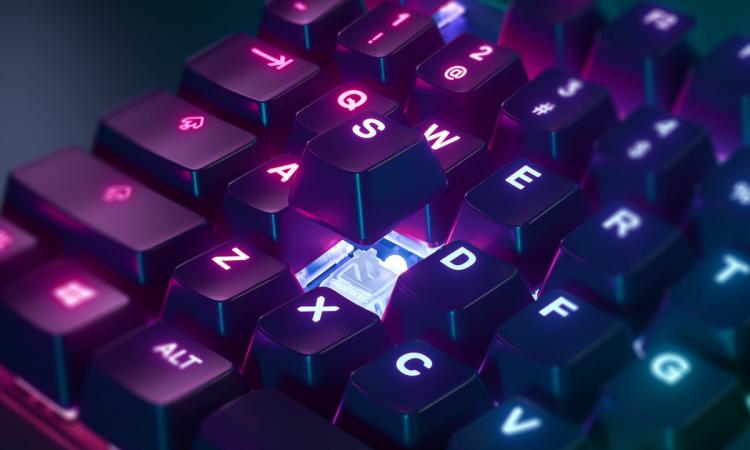 Apex Pro and Apex Pro Tenkeyless models are otherwise similar to the Apex 7, including aeroplane-grade aluminium unibody design and integrated OLED display. The feel of OmniPoint switches currently best mimic lightweight linear switches such as MX Reds, but perhaps heavier versions (equivalent to MX Blacks) will be available in the future once the design has matured.

The Apex 7 is currently listed with an MSRP of £179.99, and the tenkeyless model is slightly less at £144.99. Meanwhile the Apex 7 Pro with OmniPoint is very firmly into the premium price band with an MSRP of £199.99, while its own Tenkeyless model has an MSRP of £189.99. Three of the four models will be sold from select retailers starting in mid-June 2019, although the Apex 7 Pro TKL is scheduled for mid-September availability. We currently don't have any information on regional layouts and their own availability.

If you're interested on our opinions of the QX2 switches sported by the Apex 7 check out the Vortez.net review of SteelSeries' Apex M750 with QX2 Linear (Red) Switches.